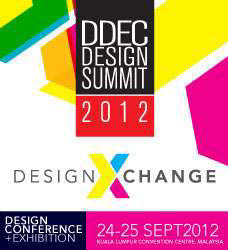 BERNAMA - Designers Urged To Produce Furniture Depicting The Malaysian Identity Page 1 of 2 Banking & Finance
Auto
Aviation
Maritime
Education
Property
Other News
Designers Urged To Produce Furniture Depicting
The Malaysian Identity
By Yasmin Ahmad Zukiman
KUALA LUMPUR, Oct 16 (Bernama) -- Furniture designers should showcase Malaysia's identity in their products to make them recognisable worldwide, said Malaysian International Furniture Fair (Miff) chairman Datuk Dr Tan Chin Huat.
Just as how Italian-styled furniture was instantly recognised, he said Malaysian furniture designs should reflect the identity of the nation through depiction of its culture and raw materials used.
"Creative skills and motivation among designers are important to produce furniture that will have a Malaysian identity, just as how Italian-styled furniture is instantly recognisable today," he said at the launch of Miff Furniture Design Competition (FDC) here today.
The competition which was previously known as Ideation Award, meant only for new talents, is now open to two categories -- Open and Young Talent -- for Malaysians and foreign residents.
Tan hoped the competition would serve as a platform for Malaysia to become one of the popular countries which churned out good and creative furniture designs.
"This competition is unique because it celebrates the natural diversity of the country. It also helps the participants to have a clear understanding of the link between design, construction and market appeal," he noted.
He said the export of Malaysian furniture to the United States had increased, especially for home and living room furniture products.
"Our furniture manufacturers are able to produce more suitable furniture for the right price for the American market and we hope to see more American buyers in 2013," he said.
Meanwhile, MIFF FDC chief judge Klaus Kummer said, designers must have good visualisation to communicate their ideas for people to understand the meaning behind every design.
"The ergonomics of the design must be correct, comfortable, productive and appear different," he said.
The artwork submissions of the competition must reach Miff by Oct 31, for the preliminary and semi-final judging in the first half of November by the international jury.
The winner of the grand prize (Open category) will receive RM15,000 while RM10,000 is up for grabs for the Young Talent category winner.
The final entries will be prototyped and displayed at the next Miff from March 5 to 9, next year.
http://www.bernama.com/bernama/v6/newsindex.php?id=702394