Chemotaxis and biodegradation of 3-methyl- 4-nitrophenol by ralstonia sp. sj98

Biochemical and Biophysical Research Communications 275, 129 –133 (2000)
doi:10.1006/bbrc.2000.3216, available online at http://www.idealibrary.com on Chemotaxis and Biodegradation of 3-Methyl-4-Nitrophenol by Ralstonia sp. SJ98 Bharat Bhushan,*,1 Sudip K. Samanta,*,2 Ashvini Chauhan,*Asit K. Chakraborti,† and Rakesh K. Jain*,3*Institute of Microbial Technology, Sector-39A, Chandigarh 160036, India; and †Department of Medicinal Chemistry,National Institute of Pharmaceutical Education and Research, Sector-67, S.A.S. Nagar 160062, India Nitroaromatic compounds (NACs) are widely spread 3-Methyl-4-nitrophenol is one of the major break-
in the environment because of their extensive use down products of fenitrothion [O,O-dimethyl O-(3-
in the manufacturing of pharmaceuticals, pesticides, methyl-4-nitrophenyl) thiophosphate], a recalcitrant
plasticizers, azo dyes, and explosives (1–3). The NACs organophosphate insecticide used in agriculture. Be-
and their incomplete degradative products have a high ing the non-polar methylated aromatic compound,
level of toxicity and some of them are potential car- 3-methyl-4-nitrophenol is highly toxic and, therefore,
cinogens (1, 2, 4). Once released into the environment, a complete degradation of this compound is important
NACs undergo complex physical, chemical, and biolog- for environmental decontamination/bioremediation
ical changes. Nitrophenolic compounds can also accu- purposes. A gram negative, motile Ralstonia sp. SJ98
mulate in the soil as a result of hydrolysis of several was isolated by selective screening from a soil sample
contaminated with pesticides. The microorganism was
methyl parathion, and fenitrothion (3, 5–7), and may capable of utilizing 3-methyl-4-nitrophenol as the sole
enter the ground water resources where they cause source of carbon and energy. Thin layer chromatogra-
adverse effects to the biological systems.
phy (TLC), gas chromatography (GC), gas chroma-
Although, there are several reports on biodegrada- tography-mass spectrometry (GC-MS), and high per-
tion of different NACs (1– 4), little is known on the formance liquid chromatography (HPLC) were per-
biodegradation of 3-methyl-4-nitrophenol which is one formed to determine the possible intermediates in the
of the major breakdown products of fenitrothion, a degradative pathway of this compound. Taken to-
recalcitrant organophosphate insecticide, and is highly gether, catechol was found to be one of the major
toxic. Only recently, the involvement of a plasmid in intermediate of the pathway. Furthermore, the che-
the degradation of fenitrothion has been reported in motactic behavior of Ralstonia sp. SJ98 towards
which a Burkholderia sp. strain NF100 was shown to 3-methyl-4-nitrophenol was tested using three differ-
first hydrolyze the organophosphate bond of fenitro- ent methods i.e., drop assay, swarm plate assay and
thion forming 3-methyl-4-nitrophenol which was fur- capillary assay, which were found to be positive to-
ther converted to methylhydroquinone, the substrate wards this compound. This is the first report clearly
for oxygenase-catalyzed ring fission (8). We have re- indicating the involvement of a microorganism in the
cently reported the degradation and chemotactic activity chemotaxis and biodegradation of methyl-4-nitro-
towards four NACs viz- p-nitrophenol, 4-nitrocatechol, phenol and formation of catechol as an intermediate
o-nitrobenzoate and p-nitrobenzoate by a Ralstonia sp.
in the degradative pathway.
2000 Academic Press
SJ98 (9). In the present study the involvement of this Key Words: Ralstonia sp. SJ98; 3-methyl-4-nitro-
Ralstonia sp. SJ98 in chemotaxis and biodegradation phenol degradation; catechol formation; chemotaxis.
of 3-methyl-4-nitrophenol has been elucidated.
1 Current address: Department of Biochemistry and Molecular Biology, Wayne State University, School of Medicine, 540, East Can- Microorganism and culture conditions. isolated in our laboratory by “chemotactic enrichment technique” from 2 Current address: Department of Microbiology, University of pesticide contaminated soil sample (9). The composition of the minimal Iowa, 3-401 Bowen Science Building, Iowa City, IA 52242.
medium (MM) used in the present study was same as described earlier 3 To whom correspondence should be addressed. Fax: ϩ91-172- (10). 3-Methyl-4-nitrophenol was added as the filter sterilized solution 690585/690632. E-mail: [email protected]
into MM at a final concentration of 0.5 mM. The medium was inocu- 0006-291X/00 $35.00Copyright 2000 by Academic PressAll rights of reproduction in any form reserved. 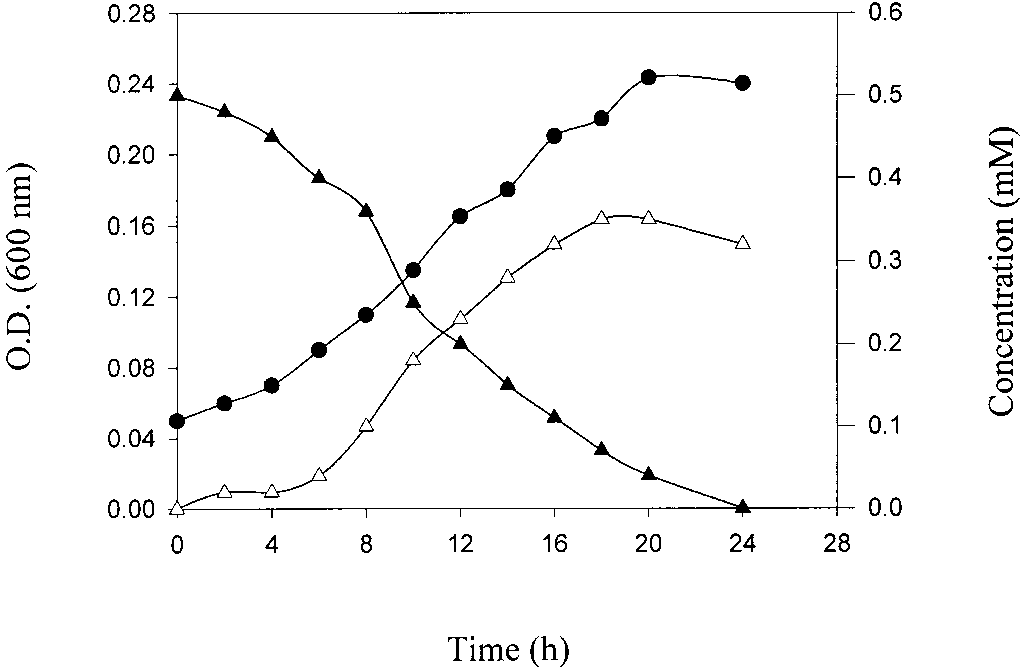 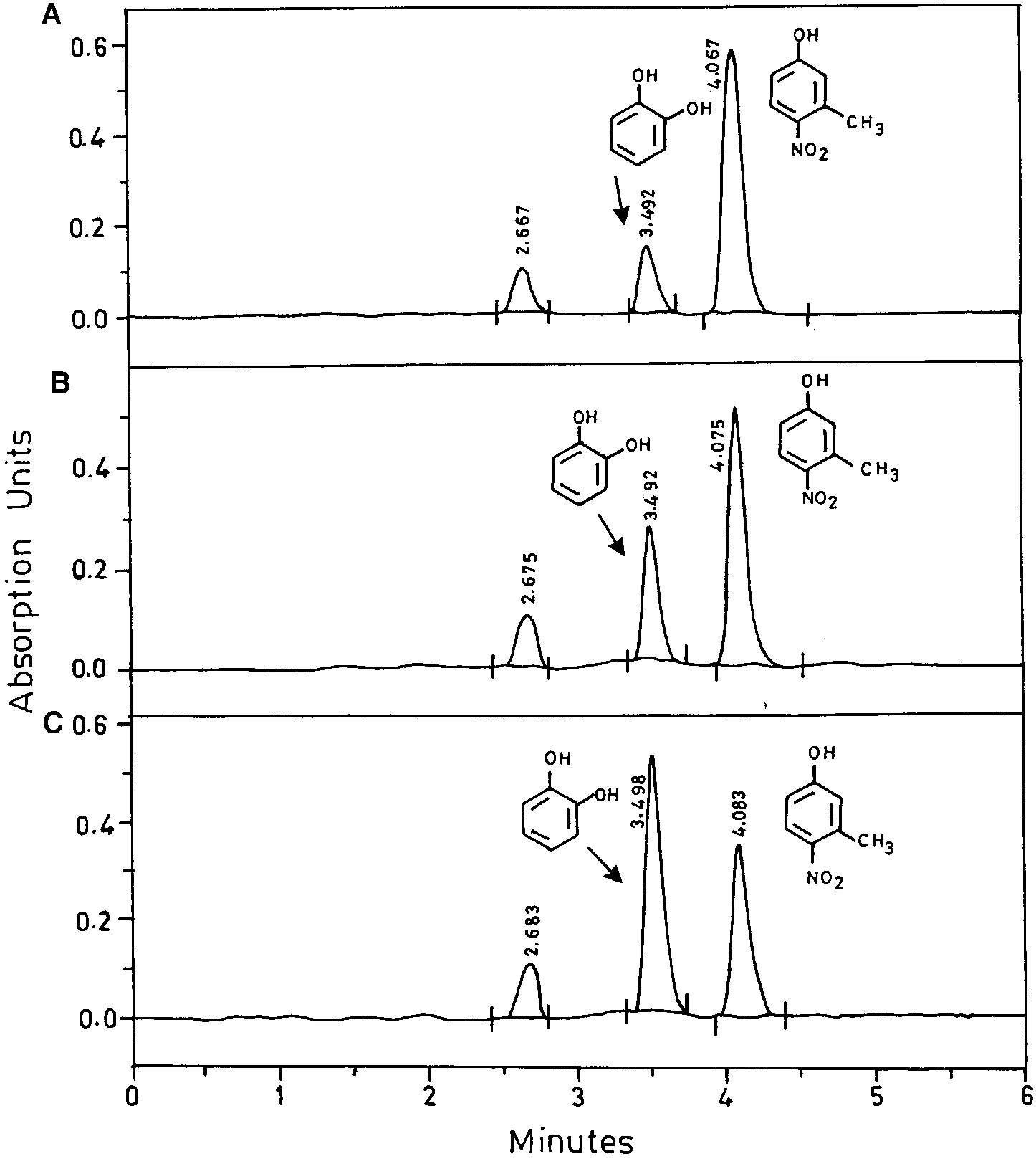 Heartworm Associated Respiratory Distress Syndrome (HARD) and HWD in Feline Patients (3 Pages) This disease is very frustrating for the practitioner and for the feline patient. HW behaves differently in the cat than in the dog and therefore clinical presentation and treatment options are vastly different and represent notable challenges. The current testing options are limited at best. The res

Scopolamine is arguably the most effective prescription drug for prevention of seasickness. Also a combination of promethazine + ephedrine comes highly recommended from some credible sources. This paper attempts to provide a concise summary of information on medications for real seasickness . Your physiological mileage may vary and the best treatment is the one that “While Meclizine, Bonine