Physiological Function of Phytopharma-ceuticals and its Utilisation XIII: One of the functional materials recently getting much attention is green tea. Several effects of green tea on life-style related diseases have been reported, including antitumor activities (1), antioxidative activities (2), antiinflammatory activities (3). Extracts containing concentrated compounds like catechins and theanine are used in most studies on green tea in Japan. In Europe, green tea is regarded as beneficial material for phytopharmaceuticals and green tea extracts are distributed in the European market as drugs and as supplementary food. The 12th Food Development Fair 2001 was held on September 26-28, 2001. In the memorial seminar Mr. Marco Netsch from Emil Flachsmann AG hold a lecture titled “Aspects of Chemopreventive and Antiinflammatory Activities of Green Tea and its Preparations”. This article describes the pharmacological efficacy of EFLA®942 demonstrated in clinical trials and possible mechanisms evaluated in in vitro studies. Green tea had an official state of medicine in several European Pharmacopoeias, including Ph.Port. IV, Ph.Franç. VIII-X, BP Edition 1968 and Ph.Helv. V. Nowadays green tea is not listed in the Ph.Eur., which is the only legal pharmacopoeia for EC countries. Independently, in France green tea pharmaceuticals are approved as drugs on the basis of the Ph. Franç. and the French Gazette for Marketing Authorisation of Plant Medicines (1990). In contrast to the situation in France, no marketing authorisation for medicinal use is available in other EC countries, but there exist preparations on the base of green tea as supplementary food. The French Gazette for Marketing Authorisation of Plant Medicines (1990) listed some traditional indications of green tea: For oral use, 1) diuresis, 2) mild diarrhoea, 3) recovery from fatigue, and 4) dietary supplement for weight reduction and for external use, 1) calm for itching of skin ailment and 2) treatment of cracks, grazes, and insect bites, etc. (4). 2. Diuretic effect and anti-diarrhoea effect Regarding the diuretic effect of green tea there might exist two different mechanisms of action. On the one hand this effect could be exerted by the green tea component caffeine, which acts as a diuretic by increasing the plasma renin activity. On the other hand, diuresis could be influenced by the inhibition of the neutral endopeptidase (NEP). In an in vitro study EFLA®942 was shown to decrease NEP activity with an IC50 of 40 mg/ml (5). The membrane ectoenzyme NEP, which is abundant especially in kidney, lung, brain and neutrophils, cleaves endogenous peptides such as atrial natriuretic peptide (ANP), brain natriuretic peptide (BNP) and adrenomedullin (ADM). As ANP, BNP and ADM are hormones with a broad range of potent physiological effects including diuresis, it is suggested that one mechanism by which EFLA®942 promotes diuresis is the inhibition of NEP activity. 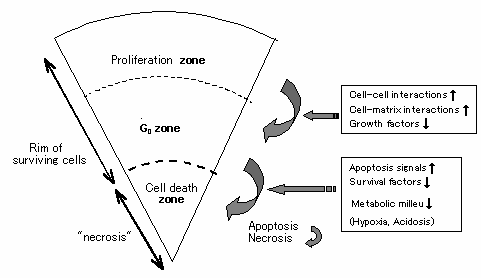 In two clinical pilot studies the effect of EFLA®942 on drug-associated diarrhoea was investigated. Subjects were HIV-patients with protease inhibitor-associated diarrhoea, 50pathogenic diarrhoea or unspecific Consistency of stools
EFLA®942 for 8 days with a Fig. 1 : Consistency of stools with green tea extract in patients with drug-associated diarrhoea, without additional medication. tablet over a time period of 6 months. The first pilot study including 15 patients demonstrated a Consistency of stools
Fig. 2 : Stool frequency per day with green tea extract in patients with drug-associated diarrhoea, without To study the mechanism of the anti-diarrhoea effect observed in the pilot studies, necrosis suppression and anti-inflammatory effects using EFLA®942 were examined. In many cases diarrhoea is caused by necrosis. Therefore, in this study multicellular spheroids of human WiDr colon carcinoma cells that characteristically develop a central necrosis were used (Fig.3). In comparison to conventional monolayer cell models they resemble far more to the histogenic cells and the similarity is clear in many respects including structure, cellular functions of Fig.3 : metabolism, growth, differentiation and Complexity of cell death in multicellular spheroids. micromilieu of the cells (6). The treatment of 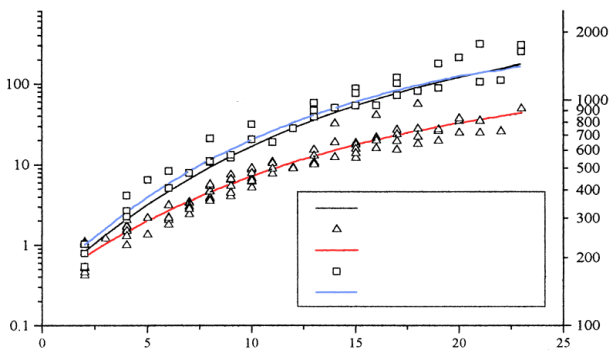 World Gastroenterology Organization Practice Guidelines Acute diarrhea in adults Review team <author names to be supplied> Contents 1 Definition Acute diarrhea is defined as an abnormally frequent discharge of semisolid or fluid fecal matter from the bowel, lasting less than 14 days. 2 Pathogenesis The causes of acute diarrhea can be grouped under four main head