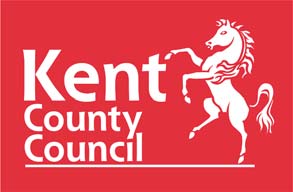 Introduction / Background
Each year, the Local Authority is required to draw up, consult on and determine:
 Co-ordinated admissions arrangements (schemes) for all schools in the Local Authority area for entry at the normal time of admission (Year R for infant and primary schools, Year 3 for junior schools and Year 7 for secondary schools).  There is a duty on the LA to secure agreement on the Admissions Scheme from all admissions authorities including Academies in Kent. If the LA does not secure this agreement it must inform the Secretary of State no later than the 15 April who will then impose a scheme to which all admissions authorities must adhere.

This section details the Co-ordinated Scheme for Entry to Year R and Transfer from
Infant School to Junior School (Year 2-3) in September 2012.
Year R applications are for children born between 1 September 2007 and 31 August 2008. Year 3 applications are for children born between 1 September 2004 and 31 August 2005. The Key Scheme dates are:
Key Action
Scheme Date
Closing date for Applications (Online and
Saturday 14
RCAFs/JCAFs)
January 2012
Summary of applicant numbers sent to all Kent
By Wednesday 8
primary, infant and junior schools
February 2012
Full applicant details sent to all Kent primary,
By Friday 10
infant and junior schools for ranking against their
February 2012
over-subscription criteria
Completed ranked lists returned to the LA by all
By Thursday 1
Kent primary, infant and junior schools
March 2012
LA to match all ranked lists in the admissions
By Wednesday 7
database
March 2012
Details of pupils being offered sent to all Kent
By Friday 23 March
primary, infant and junior schools
Offer e-mails and letters sent to parents
Friday 30 March
Schools send out welcome letters
Friday 6 April 2012
Places must be accepted or refused and requests
By Thursday 19
to go on a waiting list must be submitted
April 2012
The LA re-allocate any places that have become
After Tuesday 1
available to those who have asked to go on the
waiting lists for each school
(a) Allows for Supplementary Information Forms (SIFs) to be returned directly to schools to assist in the ranking of applicants against the schools over-subscription criteria. (b) Confirms that after 1 May 2012, the LA will consider applicants through the normal
The LA expects that all schools and Admissions Authorities including academies
engaged in the sharing of admissions data will manage personal information in
accordance with the Data Protection principles.

Late Applications
20.
The closing date for applications in the normal admissions round (as above) is 14
January 2012. As far as reasonably practicable, applications for places in the normal
admissions round that are received late for a good reason will be accepted, provided they
are received by the LA before Friday 27 January 2012.
Please note – late applications cannot be made online. Late applicants must complete a
paper RCAF/JCAF and return it direct to the LA.
21. Applications received after 27 January 2012 will not be considered for places on 30 March 2012, but will be included in the re-allocation of places on 1 May 2012 as defined above. Details of these applications will be forwarded to each school expressed as a preference for them to apply their over-subscription criteria.
Section 2 –
Details of the Co-ordinated Scheme for Primary In-Year Admissions
In-Year Casual Admission Form.

29.
Parents will be advised in their offer letter that they must accept/refuse the school place
offer in writing to the LA within 10 days of the date of the offer letter. If the LA has not
obtained a response within the specified time, it will remind the parent of the need to
respond within a further seven days and point out that the place may be withdrawn if no
response is received. Only after having exhausted all reasonable enquiries will it be
assumed that a place is not required.
30. The LA will notify all schools of places accepted/refused by e-mail/letter as soon as possible after receipt of the acceptance/refusal. Waiting Lists
31. The admission authority for each oversubscribed school will keep a waiting list. This will include details of all applicants who have named the school on the IYCAF but could not be offered a place and have asked to be placed on a waiting list. 32. Waiting lists will be maintained in order of priority, in accordance with the school’s oversubscription criteria and a copy supplied to the LA. Schools will advise the LA when vacancies arise so that the LA can make an offer of that place to the appropriate child at the top of the list. If a school has reached its Published Admission Number it may not admit applicants other than through the Independent Appeal process, the In Year Fair Access Protocol or where special arrangements relating to children in Local Authority Care, or children with a Statement of Special Educational Needs apply. To maintain the database, and to make any relevant offer of a place, admission authorities will advise the LA when a place can be offered to a pupil on a waiting list. Waiting lists will be maintained until at least the start of the Spring term in the admission year. A school wishing to maintain a waiting list beyond the end of the spring term must provide the LA with current lists in rank order. Parents whose children are refused admission will be offered a right of appeal (even if their child’s name has been put on the waiting list). 33. All parents have the statutory right to appeal against any decision refusing them a school place, regardless of where they ranked the school on the IYCAF. Parents offered their first preference school will not be invited to appeal for lower preferences but it is their right to do so if they choose to. 34. Where parents have lodged an appeal against the refusal of a place and a place becomes available at the school, the school will inform the LA. The place can then be offered without an appeal being heard, provided there are no other applicants at that time ranked higher on the school’s waiting list. 35. The LA will record details of any pupils who apply for casual admission, and ensure that they are placed in a school without undue delay, where necessary employing the “In Year Fair Access Protocol”. The scheme shall apply to every maintained school and Academy in the LA area (except special schools), which are required to comply with its terms, and it shall take effect from the point of formal KCC Cabinet Determination. In any years subsequent to 2011, any or all of the dates specified in this scheme (including those set out in Section 1) may be changed to take account of any bank holidays and weekends that may fall on the specified dates.
Section 3 –
Glossary of Terms

Definition
The LA area
The area in respect of which Kent County Council is the Local Authority Has the same meaning as in section 2(1) of the Education Act Education
Has the same meaning as in section 5(1) of the Education Act A Community, Foundation, Voluntary Aided or Voluntary Controlled school and Academy (but not a special school) which is maintained by the LA Foundation
Such of the schools as are Foundation schools VA schools
Such of the schools as are Voluntary Aided schools VC schools
Such of the schools as are Voluntary Controlled schools Supplementary Information Form – This is a form used by some Academies, Foundation and Voluntary Aided schools which may use them to collect additional information at the time of application in order for them to apply their over subscription criteria. They most commonly used by Faith Schools to collect details in relation to a level of commitment to Faith which can be a factor in the priority given to applicants. A supplementary information form can only collect information which is directly related to the oversubscription criteria published for a school. Published Admission Number – this is the number of pupils a school is able to admit before it reaches capacity. School admissions authorities must consult on and determine a school’s PAN and must not admit pupils above this number. In Year Casual Admission Form – this is the form used by parents to apply for a school place outside of a school’s normal point of entry. Quick Form Applications – This is a form that may be used at a Kent LA’s school’s discretion where it has more than 5 places in the relevant year group to which a parent wishes to apply for their child. In using a Quick Form a parent is in effect confirming they only wish to be considered for the one school and the school is confirming it has more than 5 places available in the relevant year group. On this basis the LA is able to fast track such an application. Admission
In relation to a Community or VC school means the LA and, in authority
relation to an Academy, Foundation or VA school, means the governing body of that school.

This issue’s Immunology Select discusses recent studies on allergic responses in mouse models of human dis-ease as well as how certain drugs, like the glucocorticoid dexamethasone, alleviate the symptoms of allergy. There are many similarities between the immune responses to allergens and to par-asitic worms. In their new study, Reese et al. (2007) examined immune responsesin the lung tissue