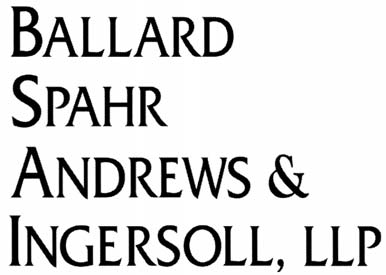 Product Liability
and Mass Tort Alert
The New Jersey Supreme Court Dismisses Out-of-State Plaintiff’s Product Liability Action
Based on Choice-of-Law Principles
In a decision that could have a significant impact on mass tort dissenting opinion, the defendants appealed as of right to the litigation in New Jersey, last week, the New Jersey Supreme Court held under a choice-of-law analysis that Michigan, rather In another divided decision, the New Jersey Supreme Court than New Jersey, law properly applies to a Michigan resident reversed the Appellate Division and remanded the matter to the suing two New Jersey-based pharmaceutical companies. In trial court with instructions to dismiss the complaint. Applying Rowe v. Hoffman-La Roche, Inc., the plaintiff, a Michigan the State’s governmental interest analysis, the Court found that resident, filed suit against two New Jersey pharmaceutical Michigan had the weightier interest. According to the Court, manufacturers, Hoffman La Roche, Inc. and Roche the purpose of New Jersey’s rebuttable presumption was not to Laboratories, Inc., alleging that the companies failed to encourage tort recoveries by plaintiffs in order to deter adequately warn about the health risks associated with the acne corporate misconduct. Rather, the purpose was to limit the liability of manufacturers of FDA-approved products. On the Both of the companies have their principal places of business in other hand, Michigan’s interest was to effectively immunize Nutley, New Jersey where Hoffman La Roche, manufactures, these manufacturers as well as promote the availability of labels and packages the drug, and Roche Laboratories markets, prescription drugs to Michigan residents. In light of those sells and distributes it. According to the Court, almost all manufacturing and sales activity of Accutane takes place in To allow a life-long Michigan resident who received an New Jersey. The plaintiff, Robert Rowe, has lived his entire FDA-approved drug in Michigan and alleges injuries life in Michigan and was prescribed the drug in Michigan by a sustained in Michigan to by-pass his own state’s law and Michigan physician. The plaintiff alleged that after taking the obtain compensation for his injuries in this State’s courts drug for three months he suffered from severe depression and completely undercuts Michigan’s interests, while became suicidal. He maintained that the defendants failed to overvaluing our true interest in this litigation.
In this instance, where the challenged drug was approved In the early 1980s, the United States Food and Drug by the FDA and suit was brought by an out-of-state plaintiff Administration (FDA) approved Accutane and its labeling to who has no cause of action in his home state, this State’s treat recalcitrant nodular acne. Under a Michigan statute, that interest in ensuring that our corporations are deterred from FDA approval effectively precluded the plaintiff’s suit as the producing unsafe products . . . is not paramount. Our statute created a conclusive presumption that the warning was interest in deterring local manufacturing corporations from adequate. However, under New Jersey law, the approval only providing inadequate product warnings, within the context created a rebuttable presumption that the drug’s warning was of an FDA approved drug, must yield to Michigan’s adequate. Therefore, the question of which state’s law applied Although the Court’s decision was limited to the facts before it, On a motion for summary judgment, the trial court dismissed it does provide a significant victory for New Jersey the suit after concluding that Michigan law applied. On appeal, corporations being sued by out-of-state plaintiffs under product a divided Appellate Division panel reversed, holding, under liability theories. It is no mystery that New Jersey’s broad and New Jersey’s governmental interest analysis, that New Jersey plaintiff-friendly products liability statute is the impetus for had a stronger interest in applying its law. Based on the many out-of-state plaintiffs filing suit in the State where they are allegedly harmed by products produced by New Jersey Ballard Spahr Andrews & Ingersoll, LLP
corporations. Indeed, mass tort litigation has become a Baltimore
Philadelphia
common occurrence in the State. Yet, the Rowe decision certainly provides a useful tool for defendants to argue that a plaintiff’s home-state law should apply and thereby help deter The Ballard Spahr Andrews & Ingersoll, LLP
Bethesda
Product Liability and Mass Tort Group
@ ballardspahr.com
John P. Lavelle, Jr., Partner in Charge lavellej Salt Lake City
Las Vegas
Washington, DC
New Jersey
Wilmington, DE
This newsletter is a periodic publication of Ballard Spahr Andrews & Ingersoll, LLP and is intended to alert the recipients to new developments in the law. It should not be construed as legal advice or legal opinion on any specific facts or circumstances. The contents are intended for general informational purposes only, and you are urged to consult your own lawyer concerning your situation and This publication is available online at www.ballardspahr.com
2007 Ballard Spahr Andrews & Ingersoll, LLP Baltimore • Bethesda • Denver • Las Vegas • New Jersey • Philadelphia • Phoenix • Salt Lake City • Washington, DC • Wilmington, DE

Since beginning her research into DNA markers for HOD and other Weimaraner inherited diseases, Dr. Noa Saffra has responded to numerous questions from Weimaraner Breeders. Noa would like to share with the membership the most often asked questions and her replies. Frequently Asked Questions About HOD By Noa Saffra DVM, PhD is a systemic disease that affects young include: depre