Whole-Body Cryotherapy in Atopic Dermatitis Atopic dermatitis (AD) is a chronic inflammatory skin disease with dry and itchy skin causing remarkable adverse impact on quality of life. Some patients do not tolerate treatments, or in some cases the treatments are ineffective. Effective combination therapies for moderate or severe AD are lacking or scarce. Very cold air has been reported to increase the body's antioxidative capacity. The cold has also been shown to reduce the conduction velocity of peripheral nerveand the nerve ganglia capacity to synthesize acetylcholinewhich is considered a neurotransmitter in atopic prurituPeople who regularly swim in ice-cold water have increased concentrations of anti-inflammatory cytokines in their peripheral blood. Thus, cold air or water is suggested to have local and systemic anti-inflammatory effect and also to relieve itch.
Locally applied cryotherapy has been used in experimental treatments of inflammatory and substantially itching skin diseases such as psoriasis and prurigo nodularis. Whole-body cryotherapy has been developed and used in treating rheumatic inflammation and pain since the 1970In a cryotherapy chamber, the whole body is exposed to temperatures between –100°C and –180°C. The rationale for this study was to assess the effect of whole-body cryotherapy on the signs and symptoms of AD.
MethodsEighteen healthy adults (10 men and 8 women) with mild to moderate AD were enrolled (the criteria of Rajka and Langelan. Patients with cardiovascular disease, uncontrolled asthma, other remarkable skin diseases, or cold urticaria were excluded. The participants gave written informed consent. The study was approved by the scientific ethics committee for Helsinki University Hospital.
Topical anti-inflammatory preparations (ie, corticosteroids or topical calcineurin inhibitors [TCIs]) or systemic antihistamines were not allowed for 1 week before or at any time during the study. The washout period for systemic therapy and phototherapy was 6 weeks. Whole-body cryotherapy was given 3 times a week for 4 weeks in Haikko Spa and Rehabilitation Center, Porvoo, Finland, followed by an 8-week follow-up period. The whole-body cryotherapy device (Univers Cryo-Combi; Oy MJG Univers Ab, Helsinki, Finland) consists of 3 chambers set at different temperatures . The first 2 chambers are meant for precooling (–30°C and –60°C), and the patient remains in these for a very short time. The third chamber temperature reaches –110°C, and the patient remains inside for 1 to 3 minutes wearing a bathing suit or trunks, acral parts covered. 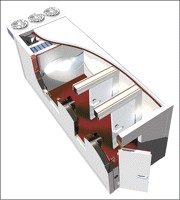 Figure 1. Sketch of the Univers Cryo-Combi
whole-body cryotherapy device (Oy MJG Univers Ab, Helsinki, Finland) showing the 3 chambers.
View larger version (83K):
The primary end point was the change in the Scoring of Atopic Dermatitis index (SCORAD) (scale, 0-103) during the treatment period. Secondary end points included changes in transepidermal water loss (TEWL) measured by Vapometer (Delfin Technologies Oy, Kuopio, Finland) and self-assessed visual analog scale (VAS) (0-100) for pruritus and sleep disturbances. Changes in quality of life were assessed with the Dermatology Life Quality Index (DLQI). The main outcome measures were based on assessments made before and after the treatment period. The SCORAD evaluations were performed weekly during the treatment period and every 2 weeks thereafter.
Statistical analysis was performed with SPSS 13.01 for Windows (SPSS Inc, Chicago, Illinois) using the Wilcoxon signed rank nonparametric test. P values less than .05 were regarded assignificant. The patient data were evaluated on intention-to-treat and last-observation-carried-forward bases.
Sixteen of 18 patients completed the treatment period. On average, 11 treatment sessions were completed (range, 9-12); omitted sessions could not be substituted. Of the patients who left the study, 1 patient discontinued owing to worsening dermatitis, the other owing to work schedule. The mean SCORAD index decreased from 38.7 to 31.1 (–19.6%) (P = .03). The mean TEWL improved from 58.8 g/m2/h to 47.4 g/m2/h (–19.4%) (P = .03).The mean VAS for sleep loss decreased from 32 to 20 (–37.5%) (P = .047) and for pruritus from 46 to 31 (–32.6%) (P = .02). The treatment effect was observed from the third week onward, and it did not reach plateau during the treatment period . The mean DLQI decreased from 5.27 Figure 2. Visual analog scales (VAS) for itch
(A) and sleep loss (B) at weeks (W) 0 to 12. Error bars indicate 95% confidence intervals.

View larger version (39K):
In those patients who completed both the treatment and the follow-up periods (n = 8), the SCORAD index continued to decrease after the treatment period. The therapy was more effective during the treatment period in women vs men (SCORAD, –24.3% vs –16.0%; TEWL, –26.1% vs –13.3%). Three patients had treatment-related adverse events, all mild acral frostbite. The most common reasons for discontinuing the follow-up period were worsening of dermatitis requiring topical steroids or TCIs (5 patients) and loss to follow-up (3 patients). All but 2 patients experienced the therapy as "somewhat cold" to "extremely cold" (5-point scale from cold to extremely cold), but the treatment as a whole was regarded as pleasant, and all were willing to undergo further treatment courses.
Phototherapy has been used as the second-line therapy for atopic dermatitis resistant to topical corticosteroids. The problem with UV therapy is its carcinogenicity in long-term treatment, and the risk may be even higher if multiple courses precede the use of TCIs and cyclosporine. Whole-body cryotherapy, another physical therapy, offers a new option in the armament of therapies for atopic dermatitis. In our patients, whole-body cryotherapy was successfully carried out as monotherapy during the treatment period, ie, no anti-inflammatory topical preparations were used. Thus, it clearly has a steroid-sparing effect with additional statistically and clinically significant improvements in pruritus and sleep disturbances. The findings are in agreement with statistically significant changes in SCORAD and TEWL. The tendencies of SCORAD (data not shown), pruritus, and sleep loss to continue improving even after the treatment period suggests that the ultimate treatment effect was not attained during the 4-week treatment period. Future studies with a higher number of treatment sessions comparable to phototherapy are thus indicated.
The compliance of our patients was very good. Although they experienced the treatment as very cold, all of them would have been willing to continue the therapy after the study. Compared with phototherapy, the mode of action and safety of whole-body cryotherapmay offer advantages when combined with other treatment methods such as TCIs and cyclosporine.
Adverse effects in our patients were very few. Theoretically, no increased risk of malignancy is expected. To our knowledge, the whole-body cryotherapy device used in the present study is the first to use both liquid nitrogen and compressor technology to produce the cold air. Thus, an optimal oxygen level (22%) is achieved in the chamber that allows even patients with asthma to undergo the treatment.
Correspondence: Dr Karvonen, Skin and Allergy Hospital, Meilahdentie 2, PO Box 160, FIN-
Author Contributions: Drs Klimenko and Karvonen had full access to all the data in the study
and take responsibility for the integrity of the data and the accuracy of the data analysis.
Study concept and design: Klimenko and Karvonen. Acquisition of data: Klimenko and
Ahvenainen. Analysis and interpretation of data: Klimenko and Karvonen. Drafting of the