This is an Open Access article licensed under the terms of the Creative Commons Attribution-NonCommercial-NoDerivs 3.0 License (www.karger.com/OA-license), applicable to the online version of the article only. Distribution for non-commercial purposes only. An Extremely Uncommon Case
of Parasitic Infection Presenting
as Eosinophilic Ascites in a
Young Patient
Kemal Oncua Yusuf Yazgana Mustafa Kaplana Alpaslan Tanoglua Irfan Kucuka Ufuk Berberb aGastroenterology Department and bPathology Department, GATA Haydarpasa Training Hospital, Istanbul, Turkey Key Words
Eosinophilic ascites · Parasitic infection · Albendazole
Abstract
We report the case of a 24-year-old male patient admitted for recent ascites and
splenomegaly of unknown origin. The patient was referred to our institution with
complaints of diarrhea, epigastric pain, abdominal cramping and weight loss over the
past three weeks. The acute onset presented with colicky abdominal pain and peritoneal
effusion. History revealed reduced appetite and weight gain of 7 kg over the last one
month. His past medical history and family history was negative. He had no history of
alcohol abuse or viral hepatitis infection. Laboratory data revealed normal transaminases
and bilirubin levels, and alkaline phosphatase and gammaglutamyltransferase were
within normal range. A diagnostic laparoscopy was performed which showed free
peritoneal fluid and normal abdominal viscera. Upper gastrointestinal system endoscopy
performed a few days later revealed diffuse severe erythematous pangastritis and
gastroduodenal gastric reflux. Duodenal biopsies showed chronic nonspecific
duodenitis. Antrum and corpus biopsies showed chronic gastritis. The ascitic fluid was
straw-colored and sterile with 80% eosinophils. Stool exam was negative for parasitic
infection. Treatment with albendazole 400 mg twice daily for 5 days led to the
disappearance of ascites and other signs and symptoms. Three months after albendazole
treatment the eosinophilic cell count was normal. The final diagnosis was consistent with
parasitic infection while the clinical, sonographic and histological findings suggested an
eosinophilic ascites. We emphasize the importance of excluding parasitic infection in all
patients with eosinophilic ascites. We chose an alternative way (albendazole treatment)
to resolve this clinical picture. With our alternative way for excluding this parasitic
infection, we treated the patient and then found the cause.
Mustafa Kaplan, MD, Assoc. Prof. Gastroenterology Department, GATA Haydarpasa Training Hospital TR–34668 Uskudar-Istanbul (Turkey) Tel. +90 216 542 20 20, E-Mail [email protected]

Introduction
Eosinophilic ascites is a very rare clinical situation in daily practice. It may be associated with abdominal lymphomas, peritoneal dialysis, eosinophilic gastroenteritis, hypereosinophilic syndrome and also some migrant parasites [1–3]. Eosinophilic gastroenteritis is characterized by eosinophilic infiltration into one or more layers of the gastrointestinal tract [1–3]. The pathogenesis is so far poorly understood. The majority of reported cases involve the stomach and proximal small bowel. The pathogenesis and etiology of eosinophilic gastroenteritis remain unclear. Up to 40% of cases were reported to have underlying allergy. It affects adults as well as children and can involve any area of the gastrointestinal tract, although the stomach and proximal small bowel seem to be the most commonly affected [1–3]. Eosinophilic ascites is common in subserosal type of eosinophilic parasitic infections. In adults, possible sources of parasitic infections are eating raw vegetables, raw meat or liver from potential parasitic hosts such chickens, lambs or calves [4]. We have to consider this rare disease during the differential diagnosis of unexplained gastrointestinal symptoms, especially when they are associated with peripheral eosinophilia. Case Report
A 24-year-old man was admitted to our clinic with complaints of diarrhea, epigastric abdominal colicky pain, fatigue, nausea, vomiting and weight loss. He had previously been healthy and had no
history of alcohol or drug abuse or any other medication. He was married, no travel history was
reported and his social life was unremarkable. First clinical examination revealed abdominal distension
and there was a suspicion of abdominal lymphomas and peritoneal tuberculosis. Our patient was
afebrile, and cardiac pulse and blood pressure were within normal range. Laboratory data disclosed
an increased leukocyte count (22,500/mm3; normal 10,500/mm3) with 38.8% eosinophils (absolute
count 8,710). Transaminases and bilirubin levels were normal, and alkaline phosphatase and
gammaglutamyltransferase were within normal range (table 1). Other laboratory investigations,
including ferritin, Wright agglutinations for Brucella infection, Gruber widal agg., ANA, ANCA, RF and
Echinococcus (IHA), were normal. Serum IgA, IgM, IgE and IgG were normal while total eosinophil cell
count moderately was increased with 400 cells/mm3 (normal value <150 cells/mm3) Serologic studies for
HIV, CMV, HBV and HCV were also negative. A diagnostic laparascopy was performed which did not
reveal lesions of abdominal and genital organs. It confirmed the presence of a free fluid, which was
sterile.
Upper gastrointestinal endoscopy showed diffuse severe erythematous pangastritis and gastroduodenal gastric reflux. Biopsies were taken from the second portion of the duodenum, gastric corpus and antrum. Duodenal biopsies showed marked chronic nonspecific duodenitis. Antral and corpus biopsies showed chronic gastritis. General examination was unremarkable, no presence of lymphadenopathy or skin lesions were noted. Lungs were clear at auscultation. The patient had a blood pressure of 130/80 mm Hg; heart sounds were normal on auscultation. The abdomen was tender with distension. Hepatomegaly and splenomegaly were noted on palpation. Abdominal sonography revealed a moderate amount of free fluid, hepatomegaly (181 cm) and splenomegaly (137 cm). The ascitic fluid taken under sonographic guidance was clear and
straw-colored. Cell count showed 1,380 cells/mm3 with 80–90% eosinophils. Glucose, amylase and
LDH values were normal. Direct search for parasites or larvae in the ascitic fluid and multiple peritoneal
cultures were negative. Laparoscopic peritoneal punch biopsies showed eosinophilic infiltration (fig. 1).
Based on these results, eosinophilic ascites was diagnosed. Finally, serologic studies for parasites
disclosed negative ELISA tests for Toxocara canis and Fasciola hepatica. Unfortunately we could not
study ELISA tests for giardiasis and Strongyloides stercoralis.
The differential diagnosis also included the possibility of parasitic infestation. Some intestinal parasites such as Toxocara species, S. stercoralis and Trichinella spiralis may cause visceral symptoms.

The stool test for ova and parasites was negative. Under this suspicion, we initiated albendazole treatment 400 mg twice a day for 5 days. Three months later ascites was no longer apparent at sonographic evaluation and eosinophilic count decreased to 5%. The patient’s clinical status improved rapidly with normalization of signs and symptoms. We conclude that in our patient, the clinical picture, laboratory findings and therapeutic results suggest the diagnosis of parasitic infection presenting as eosinophilic ascites. On follow-up he has remained asymptomatic with no further accumulation of fluid or symptoms. Discussion
Usually human parasitic infections present with nonspecific symptoms. To the best of our knowledge, eosinophilic ascites is a rare manifestation of such infections. One of the cases described in previous case reports was treated with mebendazole, another one with albendazole and diethycarbamazine, and a third one with steroids and thiabendazole. Visceral larva migrans may be caused by several nematodes of animals such as T. canis, Toxocara cati, T. spiralis, Ascaris suum and Anisakis. Human toxocariasis is caused by T. canis or rarely by T. cati. The adult definitive hosts are dogs and cats. The female worms may excrete up to 200,000 eggs per day. Toxocara eggs passed in the feces need several weeks of optimal environmental conditions (10–35°C high soil humidity) to develop into infective, embryonated eggs. Infection can occur by ingesting embryonated eggs or by transmission in utero from the infected mother [5]. Older dogs tend to have dormant infections. Examination of stools has no role in the evaluation of toxocariasis. The diagnosis is based on serologic findings. The enzyme-linked immunoabsorbent assay (ELISA) which employs antigen to secreted stage larvae has sufficient specificity to be the best indirect test for diagnosis of infection. The positive reaction for Toxocara antibody cannot distinguish between current and past infection. The diagnosis of active toxocariasis is based on the association of positive serological tests for Toxocara antibody and peripheral eosinophilia. Sometimes the manifestations of human toxocariasis resemble eosinophilic ascites [6]. Experimentally induced toxocariasis in mice was associated with moderate ascites, hepatomegaly, splenomegaly, lymphadenopathy and focal lesions in liver, lung, kidney and intestine. Microscopically, focal eosinophilic ascites was found. In our patient, besides ascites and hepatomegaly-splenomegaly, the liver (transient increased aminotransferases) and abdominal lymph nodes were involved. One should look for a potential parasitic infection in all patients with symptoms of eosinophilic ascites [7]. Most cases of parasitic infections are self-limited and not life-threatening. Treatment is reserved for cases with overt manifestation such as our patient. The treatment of choice for parasitic infection is albendazole. The antihelminthic therapy is efficient in most cases; however some of them require steroid therapy. Regarding our patient, therapy with albendazole was efficient; the symptoms ceased, eosinophilic count normalized, and sonography of the abdomen showed no ascites after three months [8]. Parasitic infections are very rarely observed in our clinical practice. In Turkey no parasitic infection presenting as eosinophilic ascites has been reported so far. However, clinicians must be aware of this disease when they find high eosinophilia presenting ascites without an apparent cause. 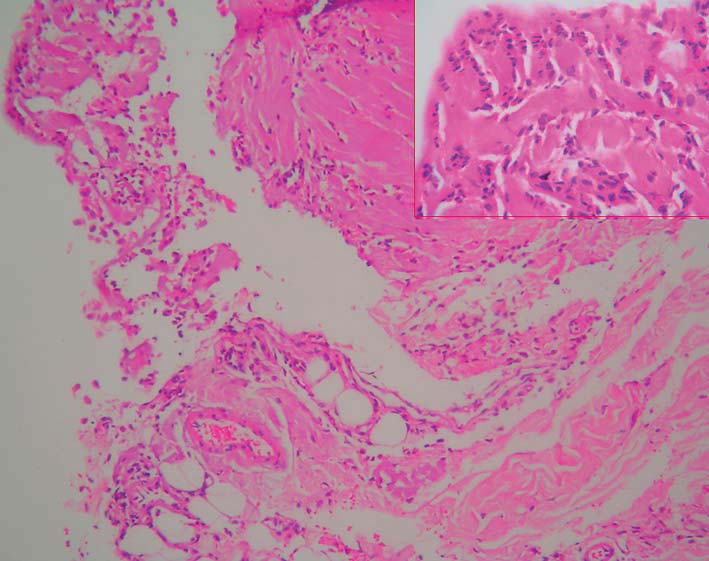 Foreigners Snap Up Swiss Property - WSJ.com#printModeDow Jones Reprints: This copy is for your personal, non-commercial use only. To order presentation-ready copies for distribution to your colleagues, clients or customers, use the Order Reprints tool at the bottom of any article or visit www.djreprints.com ZURICH—With average house prices nearing 800,000 francs, the Swiss residential real