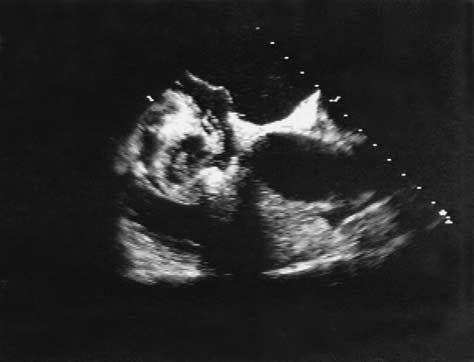 The Ne w E n g l a nd Jo u r n a l o f Me d ic i ne Pathophysiology
The entry of gas into the aorta causes the distri- bution of gas bubbles into nearly all organs. Small em-boli in the vessels of the skeletal muscles or visceraare well tolerated, but embolization to the cerebral orcoronary circulation may result in severe morbidityor death.
Embolization into the coronary arteries induces electrocardiographic changes typical of ischemia andinfarction; dysrhythmias, myocardial suppression, car-diac failure, and cardiac arrest are all possible, depend-ing on the amount of gas embolized.25 Circulatoryresponses may also be seen with embolization to thecerebral vessels.26 Cerebral arterial gas embolization typically involves the migration of gas to small arteries (average diam-eter, 30 to 60 µm).25 The emboli cause pathologic Figure 1. Transesophageal Echocardiogram from a Patient Eval-
uated for the Presence of a Patent Foramen Ovale.
changes by two mechanisms: a reduction in perfusion Saline was agitated and injected rapidly into a central venous distal to the obstruction and an inflammatory response catheter. The bubbles appear as echodense areas in the right atrium (double arrows). If this patient had a patent foramenovale, bubbles would be seen crossing the interatrial septum Symptoms
(thin arrow) and entering the left atrium (arrowhead). (Echocar- The symptoms of cerebral arterial gas embolism diogram provided courtesy of S. Streckenbach.) develop suddenly. The clinical presentation, however,is determined by the absolute quantity of gas and theareas of the brain that are affected. Thus, there may generate intraarterial bubbles.18-20 There have been be minor motor weakness and headache or moderate reports of fatal cerebral arterial gas embolism caused confusion; conversely, complete disorientation, hem- by a large venous gas embolus, although no intracar- iparesis, convulsions, loss of consciousness, and coma diac defects or shunt mechanisms could be demon- may occur.27 Asymmetry of the pupils, hemianopia, strated.21 Various anesthetic agents diminish the ability and impairment of the respiratory and circulatory cen- of the pulmonary circulation to filter out gas embo- ters (manifested as bradypnea, Cheyne–Stokes breath- li.22 Studies in animals have shown that volatile anes- ing, cardiac arrhythmias, and circulatory failure)25,26 thetics, specifically, may raise the threshold for a spill- are other well-known complications. In patients who over of venous bubbles into systemic arteries. This have undergone surgical procedures that carry a risk of finding may have relevance to surgical procedures that gas embolism, a delayed recovery from general anes- carry a substantial risk of venous gas embolism.
thesia or a transitional stage of impaired consciousness The treatment of paradoxical embolism is identi- may be a clue to the occurrence of cerebral arterial cal to that of primary arterial gas embolism (discussed gas embolism. The diagnosis is not easy to establish below). Every venous gas embolism has the poten- in such patients, because complications of anesthesia, tial to evolve into an arterial gas embolism.
such as the central anticholinergic syndrome or thepresence of residual anesthetic or muscle relaxant, can ARTERIAL GAS EMBOLISM
mimic mild cerebral arterial gas embolism.
Arterial gas embolism is caused by the entry of gas into the pulmonary veins or directly into the arteries Diagnosis
of the systemic circulation. Gas may enter the arteries The most important diagnostic criterion is the pa- as a result of overexpansion of the lung by decompres- tient’s history, because the clinical suspicion of em- sion barotrauma or as a result of paradoxical embo- bolism is based on the initial neurologic symptoms lism. Any cardiac surgical operation that uses extracor- and the direct temporal relation between these symp- poreal bypass may also cause arterial gas embolism.23 toms and the performance of an invasive procedure.
Even if only small amounts of gas enter the arterial The procedures that carry the greatest risk of venous system, the flow of gas bubbles into functional end or arterial gas embolism are craniotomy performed arteries occludes these vessels. Although obstruction with the patient in the sitting position, cesarean sec- is possible in any artery, obstruction of either the tion, hip replacement, and cardiac surgery with car- coronary arteries or the nutritive arteries of the brain diopulmonary bypass. All these procedures have in (cerebral arterial gas embolism) is especially serious common an incised vascular bed and a hydrostatic and may be fatal because of the vulnerability of the gradient favoring the intravascular entry of gas.
heart and brain to short periods of hypoxia.24 Cerebral arterial gas embolism can sometimes be 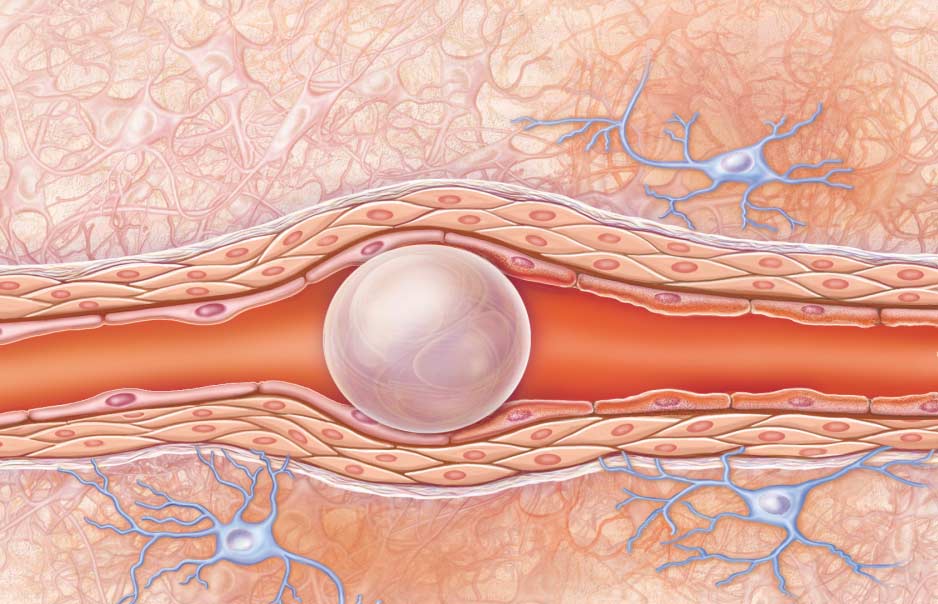 This is a general listing of accepted items. Please check your company’s plan documents for specific exclusions. For example, participation in a Health Savings Account would limit the reimbursable expenses listed below. To verify if a certain expense is covered if it is not listed below, please call 1-800-532-3327. This expense will qualify as long as the child qualifies as a tax dependent w

• The early days of the minipig • The reasons why minipigs came to be • Examples of safety pharmacology studies • Regulatory acceptability • For many years the standard approach has been to use a rodent and a non-rodent for safety assessments. – MICE: single & repeat dose studies, carcinogenicity. – RATS: single & repeat dose studies, reproductive – RABBITS: dermal stu