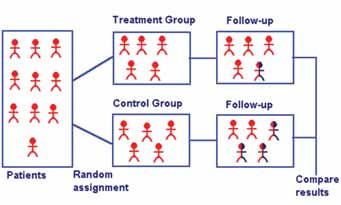 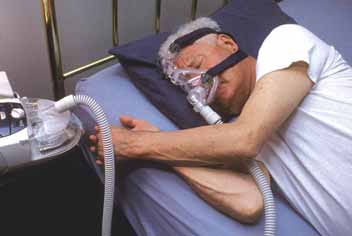 The purpose of this series is to help you to understand
research concepts by breaking them down into ‘bite-sized
chunks’.
TRIPLE THERAPY IMPROVES LUNG FUNCTION IN COPD
Research Project Manager, Module Leader for Evidenced Based Healthcare, Education DOUBLE BLIND RANDOMISED CONTROLLED TRIAL
The phrase ‘double blind randomised controlled trial’ is common in
research journals but what does it mean? In order for the effectiveness of new interventions (e.g. drugs, treatments or diagnostic methods) to be evaluated they need to be tried out or ‘trialled’. Research designed to test an intervention is therefore called a Trials evaluate whether the effects of new interventions on patients differ from usual care or placebo (an inactive substance). The usual care or placebo is the control; the standard against which the new intervention is Adding fluticasone/salmeterol to tiotropium therapy in patients with
moderate to severe COPD improved lung function, quality of life, and • Why is the controlled trial ‘randomised’? hospitalisation rates but did not statistically influence exacerbation rates, Imagine you wish to run a controlled trial to test the effectiveness of a new drug treatment. The intervention and control groups should be as A total of 449 patients with moderate or severe COPD were randomised to one year’s treatment with tiotropium plus placebo, tiotropium plus salmeterol, or similar as possible at the start so that any differences at the end of the tiotropium plus fluticasone/salmeterol.
trial can be attributed to the new treatment. The best way of doing Results showed that nearly two-thirds (62.8%) of patients treated with this is to randomly allocate patients to receive either the new drug or tiotropium plus placebo experienced an exacerbation, which was similar to the rate in patients given tiotropium plus salmeterol (64.8%) or tiotropium plus Further results demonstrated that tiotropium plus fluticasone/salmeterol improved lung function (p=<0.049) and disease-specific quality of life (p =<0.01) and reduced the number of hospital admissions for COPD exacerbation (incidence rate ratio, 0.53 [CI, 0.33 to 0.86]) and all-cause hospitalisations (incidence rate ratio, 0.67 [CI, 0.45 to 0.99]) compared with tiotropium plus placebo.
In contrast, tiotropium plus salmeterol did not statistically improve lung function or hospitalization rates compared with tiotropium plus placebo.
Addition of fluticasone/salmeterol to tiotropium therapy may improve lung function, quality of life, and hospitalisation rates in patients with moderate to severe COPD but will not influence rates of COPD exacerbation.
• Why is it the randomised controlled trial ‘double blind’? This means that the patients included in the trial and the researchers handling the data do not know (are blind to) which group patients are in.
You might like to ponder why this might be, and whether it is always possible to achieve in clinical trials. These questions will be addressed in Education for Health runs training in Reading and Understanding Research Papers and Evidenced Based Healthcare

Paolo D’Arco was born in Salerno (Italy) on July 7th, 1972. He received a Masterdegree (with honors) in Computer Science, from the University of Salerno, in May 1997. From the same university, in February 2002, he received a PhD in Computer Science,defending a thesis in cryptography. During the PhD program he attended a few schoolsfor PhD students on algorithms and cryptography. In the last year