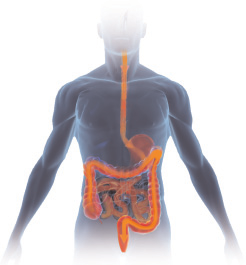 PRINTER-FRIENDLY VERSION AT GASTROENDONEWS.COM •
Patient Guide to PREPARING FOR COLONOSCOPY reparing for colonoscopy involves cleaning your bowel completely so that your physician has a clear view during the exam. This process is very important because if everything Phas not been removed from your intestines, the procedure could take longer, there is a greater risk for complications, the physician may not be able to finish the colonoscopy prop- erly, and you might have to do it all over again sooner than normal. To ensure that your colonoscopy is completed properly, follow all your doctor’s instructions.
Helpful Tips
There are different methods to clean out your colon, and your doctor will tailor one for you that he or she has found works. To make sure you and your doctor choose the right method for you, tell your doctor of your current medications, any drug or food allergies, and if you have ever had heart problems, kidney disease, ascites, fluid or electrolyte abnormalities, chronic constipation, or an incomplete colonoscopy. Remember to follow your doctor’s instructions exactly so your procedure is completed as smoothly as possible.
Why do I have to drink so much fluid for the colonoscopy? You may be given liquid electrolytes or something similar to drink before your colonoscopy.
It will be a lot to drink and it may not taste very good; but, it is important to drink the entire preparation to thoroughly clean your colon, avoiding any problems during the procedure and making sure you do not have to do it again any time soon.
Why do I have to eat and drink differently? Your doctor may give you a list of low-fiber foods to eat for one to three days before your colonoscopy. Make sure to stick to eating foods on this list as much as possible. Your doctor will also ask you not to eat anything after a certain time before your test and to drink plenty of clear, nonalcoholic fluids. Doing so will make cleaning your colon more complete, as well as keep you hydrated and safe from any problems with the preparation for the colonoscopy and the colonoscopy itself.
RESOURCES
www.mayoclinic.com/health/colonoscopy/CO00009
Centers for Disease Control and Prevention www.cdc.gov/cancer/colorectal/basic_info/screening
www.gastro.org/wmspage.cfm?parm1=861