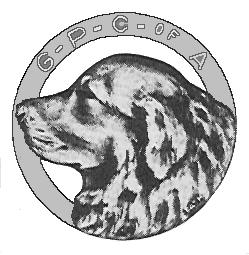 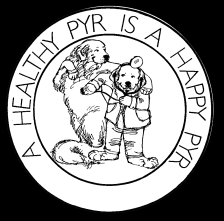 This is a group of diseases of the small and large intestine, characterized by chronic and protracted
diarrhea, malabsorption, weight loss, anemia, and malnutrition. They are all treatable, but seldom
cured. In each specific disease, a different type of inflammatory cell is found in large numbers in the
lining of the small and/or large intestines; these cells distinguish the specific diseases.
The cause of IBD is poorly understood. It appears that genetics, diet, intestinal infection and
abnormalities of a dog’s immune system all play a role. The intestine is responsible for processing
large amounts of food and bacterial particles called antigens. Antigens can be recognized by a dog’s
body as “foreign” and cause an abnormal allergic (immune-type) response. The end result is that the
lining of the intestine is invaded with inflammatory cells and this inflammation interferes with the ability
to digest and absorb nutrients.
There are 5 types of inflammatory bowels diseases identified in dogs:
1. Lymphocytic–Plasmacytic Enterocolitis: This is the most common and has been
associated with giardiasis, food allergy, and overgrowth of intestinal bacteria, Lymphocytes and plasma cells are the target cell seen on biopsy. Certain breeds are predisposed, suggesting a genetic influence. They are Basenji, Soft Coated Wheaton Terrier, German Shepherd Dog, and Chinese Shar-Pei. In the Basenji, the disease is known to be related to an autoimmune disorder. 2. Eosinophilic Enterocolitis: This is a relatively uncommon form of inflammatory bowel
disease. On biopsy, eosiniphils may be found in the stomach, small intestine, or colon and the eosinophil count in the blood may be elevated. Some cases are thought to be associated with food allergy or the tissue migration of roundworms and hookworms. 3. Granulomatous (Regional) Enteritis: This is a rare disease, similar to Crohn’s disease in
humans. There is thickening and narrowing of the terminal small bowel due to inflammation of surrounding fat and lymph nodes. Macrophages, which are cells found in tissues that fight infections, are found on biopsy of the colon. The diarrhea is the chronic large bowel type, containing mucus and blood. Biopsies are processed with special stains to exclude histoplasmosis and intestinal tuberculosis. 4. Neutrophilic Enterocolitis: This inflammatory bowel disease produces acute and chronic
large bowel diarrhea. The inflammatory infiltrate is composed of mature white cells in the tissues and blood vessels. Diagnosis is based on a colon biopsy and stool cultures to exclude bacterial infection. 5. Histocytic Ulcerative Colitis: This inflammatory bowl disease occurs almost exclusively in
Boxers. Signs usually appear before age 2. Affected dogs develop severe, unrelenting diarrhea that contains mucous and blood and corresponding weight loss. The diagnosis is based upon a colon biopsy.
SIGNS AND SYMPTOMS:

The most common complaint is persistent loose stools, straining and diarrhea leading to accidents in
the house. This occurs because the intestine is moving too fast and not given enough time to remove
enough water from the things your dog ate. Irritation of the colon and anus causes the straining.
Dogs with this problem can also vomit. When vomiting occurs with IBD, it is due to inflammation in
the upper small intestine just below the stomach.
Certain things hint as to what portion of the digestive tract is most inflamed. When vomiting,
infrequent, bulky loose stools, and weight loss predominate, we tend to think of a problem high in the
intestine. When frequent smaller stools, straining, blood or mucus-flecked stools occur, we tend to
think of a problem lower down in the intestines. Most often, a bit of both is occurring but one
predominates.
Dogs with the high form may run low fevers. They may also have secondary bacterial intestinal
infections. In general, pets with the high form of IBD look more ill.
Occasional vomiting and diarrhea that occur over weeks to years are the most common signs of IBD
in dogs. These symptoms may be responsive to brief changes in diet or a short course of antibiotics,
but eventually return. The signs are usually slowly progressive but can be severe and sudden in
onset in advanced stages of the disease. A combination of symptoms is most common in dogs with
IBD; the stomach, small intestine, and/or colon may be involved. Data indicates that many dogs have
had mild or intermittent cases for years – usually by the age of two, although the mean age of dogs
diagnosed with this problem is 6.3 years.

DIAGNOSIS:
There are many causes of vomiting and diarrhea in dogs, and the most difficult part of diagnosing IBD
is eliminating other possibilities. The clinical course of IBD is characterized by spontaneous
exacerbations and remissions, which makes assessment of disease difficult.
A complete blood count, chemistry panel, urinalysis, fecal examination and culture, x-rays of the chest
and abdomen and sometimes abdominal ultrasound are used to screen for metabolic disorders (such
as liver, kidney, pancreas, or thyroid disease); intestinal parasites (including Giardia and
Cryptosporidia); bacterial, fungal, or viral infections; dietary allergies; foreign bodies and cancer.
Specialized blood tests such as cobalamine and folate are often recommended to determine the
severity of intestinal malabsorption. Protein and albumin levels may become dangerously low due to
the dogs inability to absorb nutrients and leakage out through the intestinal wall.
If all screening tests fail to reveal an underlying cause for the recurrent gastrointestinal signs, IBD is
suspected and biopsy of the intestines is required to make a definitive diagnosis. Obtaining biopsies
involves anesthesia and either surgery or endoscopy. Endoscopy has the advantage of being much
less invasive; however, it is not appropriate for all patients as it cannot reach some portions of the
small intestine.
Intestinal biopsies must be sent to a laboratory for microscopic examination. A pathologist will report
the changes as mild, moderate, or severe IBD and describe the inflammatory cell that is present; this
confirms the type and severity of IBD present and helps your veterinarian determine the best
treatment plan for your dog. Iowa State University has developed a simple numerical scoring system,
termed the canine IBD disease activity index (CDAI) which produces very reproducible scores from
one clinician to the next. Six salient gastrointestinal signs are scored 0-3, based upon the alteration
from normal. This index was recently evaluated in a large prospective study and it was shown that
CDAI could provide valuable prognostic information when assessing therapeutic response.

TREATMENT:
This is an illness for which the realistic goal is control, not cure. A frequently asked question is: “Is it
at all reasonable to just try treatment and skip the expensive diagnostics?”
A food trial using Hypoallergenic diets may bring about partial or complete resolution of symptoms in
some dogs and are usually one of the first steps in the initial treatment. If a diet change will help, it
will generally start to do so in two weeks, with an appropriate diet fed for 8 to 12 weeks before a
positive effect may be seen. Many highly digestible, hypoallergenic and bland diets are commercially
available or can be prepared at home. These diets should be free of preservatives, additives and
coloring agents. They should contain an unusual protein source such as cheese, rabbit, venison,
cottage cheese or duck. A single protein source never previously eaten and a carbohydrate source
that is unlikely to be antigenic (such as potato) may be recommended. Some high fiber diets or
decreased fat content in the diet may be helpful. Dividing feedings into 2 or 3 meals per day will help
maximize dietary assimilation. No snacks or deviation from the single source diet is permitted. As
you can see, multiple diets may have to be tried before one sees improvement in the dog’s condition.
This takes a lot of patience on the part of the owner.
Occasional use of loperamide (immodium) or diphenoxylate (lomotil) sometimes helps during flair-ups.
Pepto Bismol (bismuth subsalicylate) may help protect and soothe the lining of the digestive system.
Cimetadine, ranitidine, which decrease stomach acidity or sucralfate, which forms a protective barrier
against acidity, sometimes helps.
Prebiotics and probiotics: Prebiotics help to modify the environment of the intestinal tract to promote
the growth of good bacteria. Probiotics are a source of these good bacteria. Prebiotics and/or
probiotics may be recommended by your veterinarian to increase the numbers of beneficial bacteria in
the intestine and decrease those that could cause disease.
Antibiotics are used to treat bacterial overgrowth and giardiasis. Sulfasalazine (Azulfidine) is a sulfa
antibiotic that has an anti-inflammatory action within the intestine. Due to the decreased level of side
effects compared to corticosteroids, it is often tried in the treatment before resorting to corticosteroids.
Tylosin sometimes helps control IBD when it is added to food. Newer topical and oral 5-ASA
preparations are now used for treatment of human IBD (olsalazine and mesalamine) but have not
been critically assessed for canine treatment although there are substantial anecdotal reports of their
efficacy.
Immunosuppressant drugs such as azathioprine (Imuran) and/ or prednisone are used if other
treatments have failed. A newer corticosteroid which shows promise is budesonide (Entocort EC).
This drug is used to treat Crohn’s disease in people as it may cause less of the systemic side effects
associated with corticosteroid use.
Testing and treating for intestinal parasites and a course of metronidazole (flagyl) may be of benefit.
One of the most common mistakes made in treating IBD is to stop medication too early.
The problem with a corticosteroid trial involves the possibility of intestinal lymphosarcoma
(Lymphoma). This is a type of cancer that produces chronic diarrhea or vomiting just as IBD can.
Lymphoma is temporarily responsive to steroid treatment but the response is short–lived and
exposure to the drug(s) will make the lymphoma much more difficult to diagnose should biopsies be
obtained later.
PROGNOSIS:
IBD can be controlled but not cured. All patients with IBD require a strict diet and possible anti-
inflammatory medication to manage their disease. Most dogs with IBD do well for many years while
others require alterations in therapy every few months to treat flare-ups and recurrent symptoms.
The owner of a dog with IBD should understand the prognosis for recovery is quite variable. With
many patients requiring prolonged treatment with steroids, and in the absence of accurate criteria for
predicting response, veterinarians tend to give a guarded prognosis.