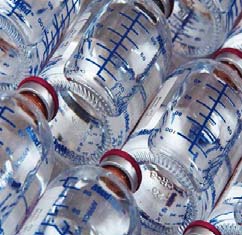 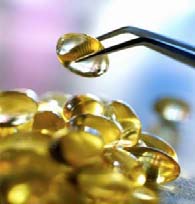 Novel Synthetic Marinopyrrole as an
anti-MRSA Therapeutic
This technology is a new synthetic derivative of the natural marine
antibiotic, marinopyrrole A. Infections caused by drug-resistant
pathogens including methicillin-resistant Staphylococcus aureus (MRSA)
strains are on the rise, exemplifying the urgent need for new antibiotics.
Over the past 40 years only three new antibiotic agents have been
approved for MRSA infections, with MRSA strains already showing
increasing resistance to one of them, linezolid (Pfizer). Our lead
compound shows more potent bactericidal and bacteriostatic activity
against a community- acquired MRSA strain in vitro than linezolid.
● Methicillin-resistant Staphylococcus aureus (MRSA) is a predominant strain contributing to the greater than 2 million cases of hospital and community acquired infections occurring annually in the US.
● Total US sales for MRSA antibiotics grew from $698M in 2005 to $1.7B in 2010. Since then, linezolid (Pfizer) had worldwide sales of $1.3B and daptomycin (Cubist) generated $700M in the US market in 2011 alone, demonstrating the exponential growth in this market.
● Trius Therapeutics has a second-generation antibiotic similar to Pfizer’s in Phase II and III clinical development for skin, lung, and blood infections (tedizolid phosphate) that has shown improved safety and efficacy over linezolid.
● Over the last several decades only linezolid , daptomycin, ceftaroline (Forest Labs), telavancin (Theravance), and tigecycline (Pfizer) have been approved to treat these drug-resistant infections, and incidence of daptomycin and linezolid-resistant strains are on the rise. ● As resistance to the current antibiotics becomes more common, the need for novel classes of antibiotics will continue to grow. Our antibiotic is a novel synthetic derivative of a natural product derived from marine microorganisms with in vitro efficacy superior to linezolid.
Our lead compound is a novel synthetic derivative of marinopyrrole A, a natural product with anti-infective properties isolated from a marine Streptomyces. The compound has a minimum inhibitory concentration of 0.19-0.39µM in the USA300 MRSA strain, TCH1516, and maintains more of its antibacterial activity in the presence of 20% human serum than marinopyrrole A (~10-fold more potent). Human serum has a strong inhibitory effect on natural antibiotics, so the retention of activity by our derivative is a significant improvement. Our lead compound was also 23-fold more potent than linezolid against the TCH1516 bacteria. This compound also demonstrated more rapid bactericidal activity than either marinopyrrole A, vancomycin, or linezolid in an in vitro time-kill assay using the same community associated MRSA strain.
● Liu, Y et al., 2012, Marine Drugs, 10, 953-62; Haste, N et al., 2011, Antimicrob. Agents ● US Provisional Patent application filed 4/16/2012 for Drs. Li, Nizet, Haste, Hensler, and Yan Liu.
Haskell Adler PhD MBASenior Licensing [email protected](813) 745-6596

THIS IS AN ADVERTISEMENT HOSPITAL ENVIRONMENTAL LAW COMPLIANCE Louisville Bar Briefs May 2009 By Ronald R. Van Stockum, Jr., Esq., Attorney at Law1 and LaJuana S. Wilcher, Esq., Attorney at Law2 “Repugnant, intolerable, unacceptable.” That was the response of Congress in 1988 to the wash-up on New England beaches of medical debris such as needles, syring