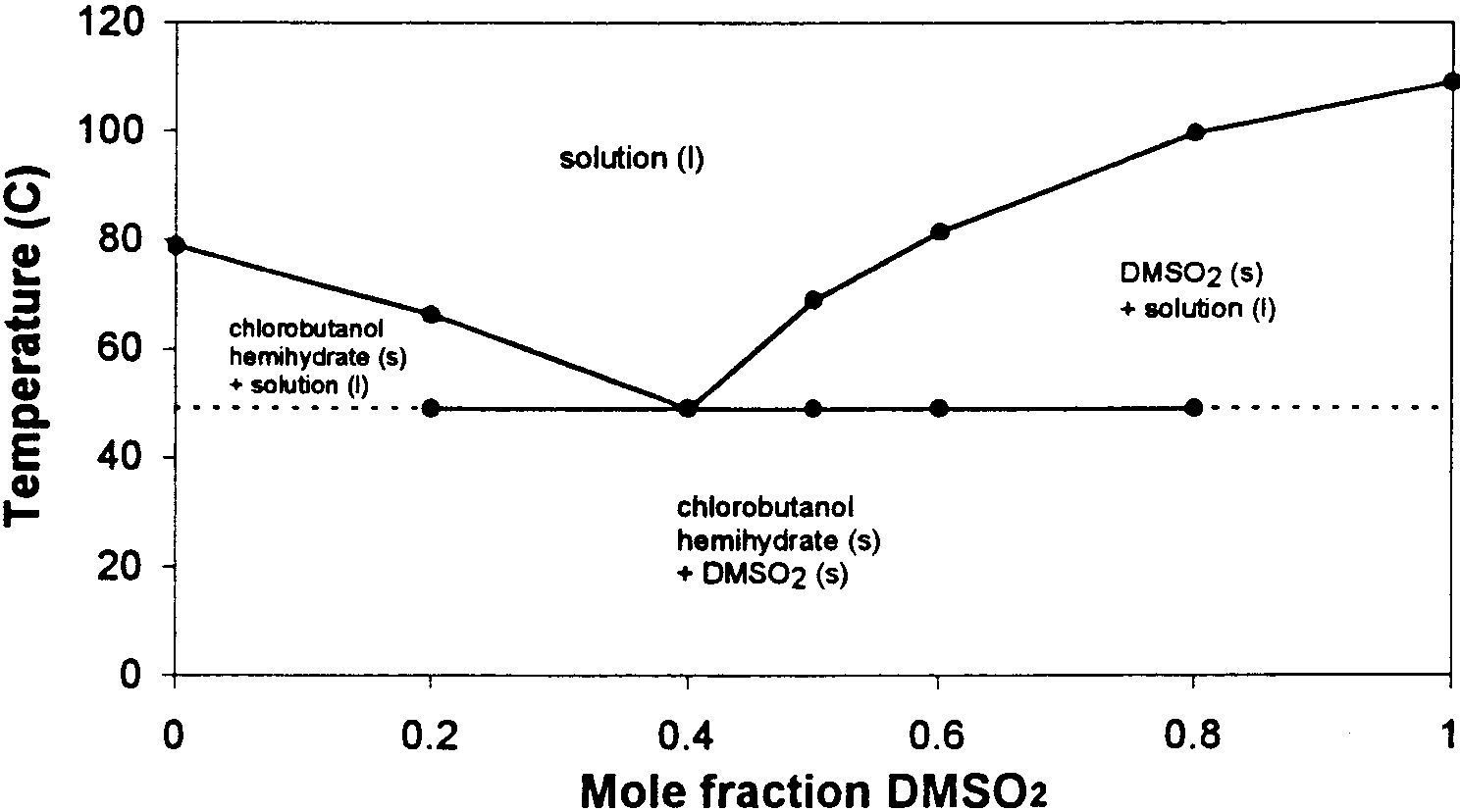 Table 2sCompositions, Melting Temperatures, and Relative Evaporation Rates (at 10 °C below the Melting Temperatures) of the Eutectics
a Expressed as a fraction of the estimated sublimation rate of ice at −10 °C and 0.3 mmHg (∼10 mg/mm2 min).
Table 3sSolubility Parameters for the Most Promising Solvent
dicyano-3-nitrobenzyl-1-propene and Fluasterone cakes Combinations
were reconstituted using 8 mL of a nonaqueous 50%ethanol and 50% poly(ethylene glycol) 400 solution due to their low water solubilities, which are on the order of 1 µg/mL. For hydrophobic drugs such as these, the composi-tion of the vehicles that are used for reconstitution, whether aqueous solutions or cosolvent concentrates, will depend In all of the above cases, dissolution of the cakes was complete with 1-2 s of shaking. Note that coronene, which is not a therapeutic agent, was not soluble in pharmaceuti-cal cosolvents.
degradation was detected in the freeze-dried cake im-mediately after lyophilization or after 15 months of storage Discussion
Cake Structure and Particle SizesFigure 4a,b contains Solid organic solvents were successfully used to lyo- photomicrographs of the freeze-dried cakes of phenytoin philize hydrophobic and water-sensitive compounds. Be- and coronene, respectively, that were taken using a SPOT cause the solvents used for the freeze-drying medium were camera and a Leica DMLP polarizing microscope. The solids at room temperature, the process could be conducted fiberlike structures in the phenytoin cake are loose ag- without refrigeration and without conventional freeze- gregates of crystals that are approximately 1-2 µm long.
drying equipment. This also facilitated solvent collection, The coronene cake is composed of bundles of roughly 5-10 which was accomplished without using a cooled condenser.
crystals. The coronene crystals are the largest in the test A eutectic comprised of two solvents was used in order set, having an average length of approximately 50 µm. The to achieve good solubilization of drugs in a medium with a cakes of the other three compounds are similar in overall moderate melting temperature. The latter property is appearance and contain particles that range from 5 to 15 required because drugs must be dissolved in a medium above its melting temperature and drug stability is com- ReconstitutionsThe phenytoin cake was reconstituted promised if that temperature is high. Since a eutectic is using Millipore water adjusted to pH 12. Dissolution was composed of two pure solid phases, these solvents are complete with a single shake of the vial. With the exception removed relatively independently of one another according of coronene, the other compounds were reconstituted using to their vapor pressures. Consequently, two drying stages ethanolic solutions in which they were soluble. The proges- were used: one at 40 °C to remove (primarily) the more terone cake was reconstituted using 8 mL of a 60% ethanol, volatile chlorobutanol-hemihydrate and one at 60 °C to 10% dimethylacetamide, and 30% water solution. The 1,1- remove the DMSO2. Note that these stages do not cor- Figure 1sChlorobutanol hemihydrate−DMSO2 phase diagram.
Journal of Pharmaceutical Sciences / 503 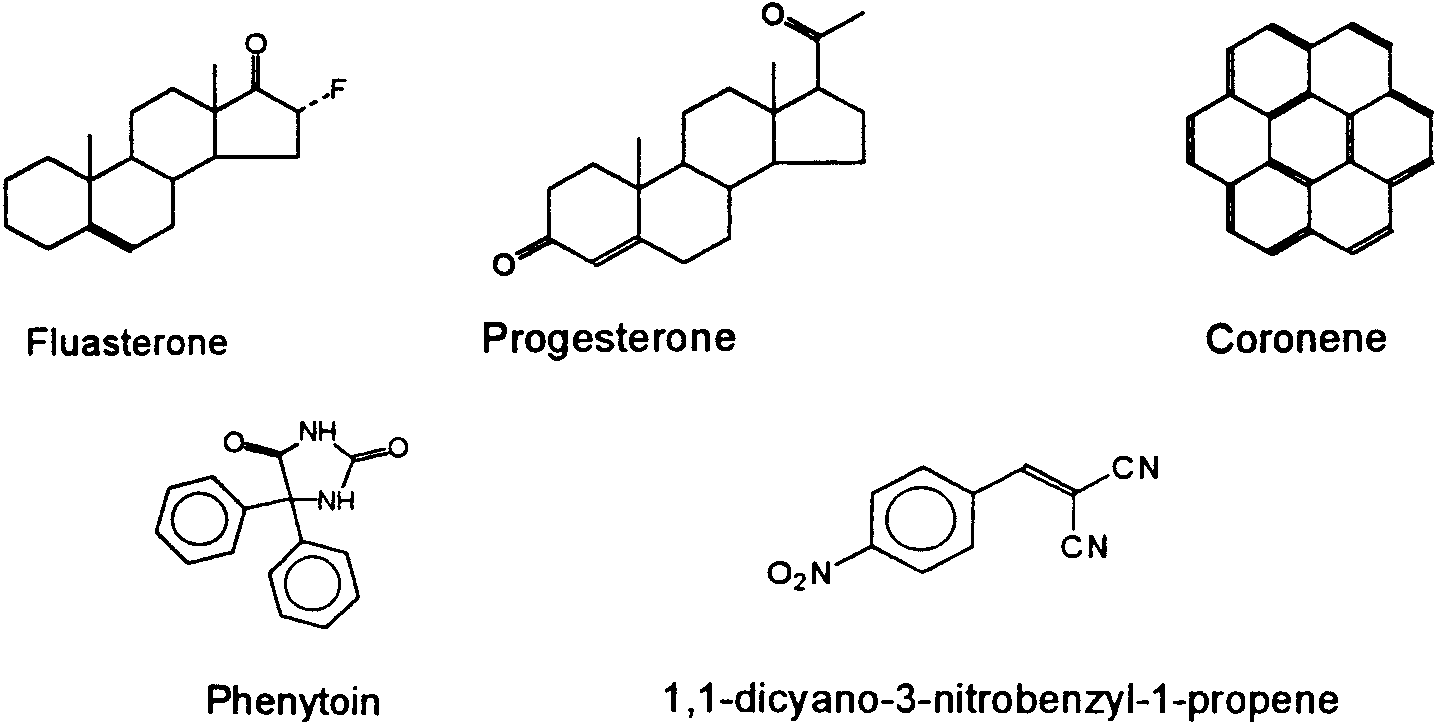 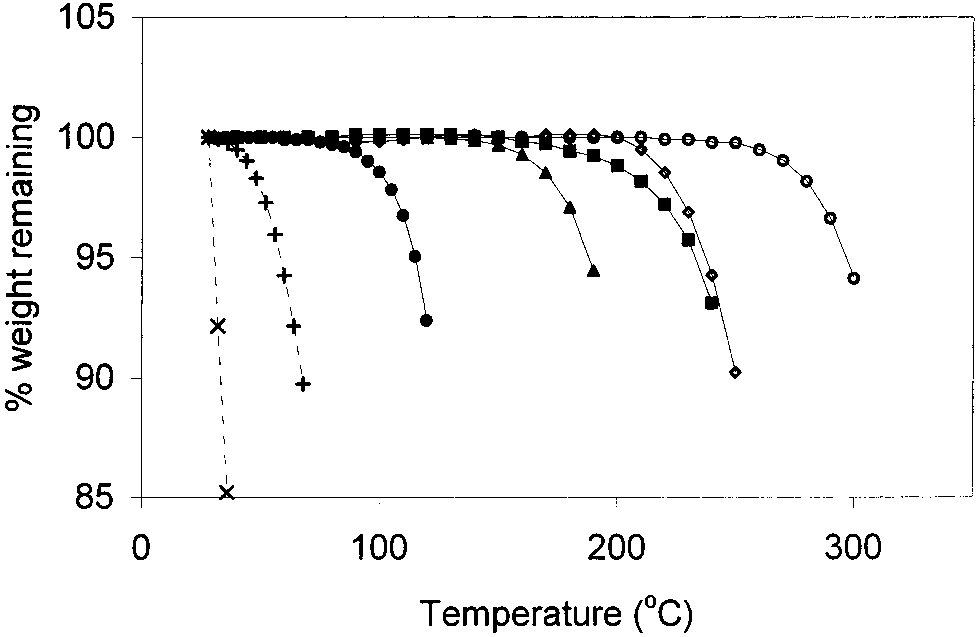 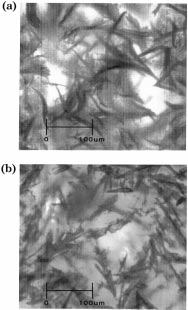 Figure 2sCompounds that were freeze-dried from the chlorobutanol hemihydrate−DMSO2 eutectic.
Figure 3sTG analysis of the pure solvents and the freeze-dried cakes: (×)
chlorobutanol; (+) DMSO2; (b) 1,1-dicyano-3-nitrobenzyl-1-propene; (2)
Fluasterone; (9) phenytoin; (]) progesterone; (O) coronene.
respond to the drying stages used for ice in which the firstremoves frozen water and the second removes bound water.
Thermogravimetric analysis showed that the freeze-dried products did not contain significant amounts of residualsolvent. This indicates that the 60 °C used to sublime thebulk DMSO2 was sufficient to remove bound solvent.
However, 60 °C is a relatively high temperature comparedto what is normally used in freeze-drying, and care mustbe taken to avoid drug loss. It may be necessary to uselower temperatures and longer drying times when freeze-drying volatile compounds.
One of the major concerns in this study was that the structure of the eutectic should not be significantly altered Figure 4s(a) Phenytoin cake. (b) Coronene cake.
by the presence of solute. The eutectic contains ∼3.6%water that is believed to exist primarily in the form of 50 °C, small, needlelike phenytoin crystals remain in the chlorobutanol-hemihydrate crystals. If a dissolved drug melt. These dissolved by 70 °C on heating the melt at a caused the anhydrous form of chlorobutanol to crystallize on cooling, it could lead to incomplete freezing or variable Evidence that a hydrated form of chlorobutanol exists solvent sublimation rates. Analysis of a eutectic containing in the eutectic is provided by the different thermal proper- 5% phenytoin indicated that the eutectic structure is ties of the solid formed from the anhydrous chlorobutanol- largely unaffected by the presence of this solute. Figure DMSO2 mixture at a 60:40 mole ratio. DSC and hot-stage 5a,b shows the DSC traces of the eutectic and the eutectic microscopic analysis of the anhydrous chlorobutanol- with 5% phenytoin, respectively. The similarity of the DSC DMSO2 solid indicate a fusion event at 35 °C that is not traces suggests that the eutectic microstructures are the exhibited by the solid formed from the hemihydrate.
However, when 3.6% water is added to the anhydrous melt, The likeness of the photomicrographs of the eutectic and the solid that is produced on cooling exhibits the same the eutectic with 5% phenytoin in Figure 6a,b, respectively, thermal properties as the solid prepared from the hemi- provides additional evidence for a stable eutectic structure.
hydrate, i.e., a melting point of 50 °C without a 35 °C Hot-stage microscopy indicated that the apparent coarse- transition. Physically, the anhydrous solid is much softer ness in the eutectic with phenytoin is due to presence of than the hydrous form. The former also appears translu- drug crystals in the solid. After fusion of the solvents at cent, whereas the hydrous form (the eutectic) is a white 504 / Journal of Pharmaceutical Sciences 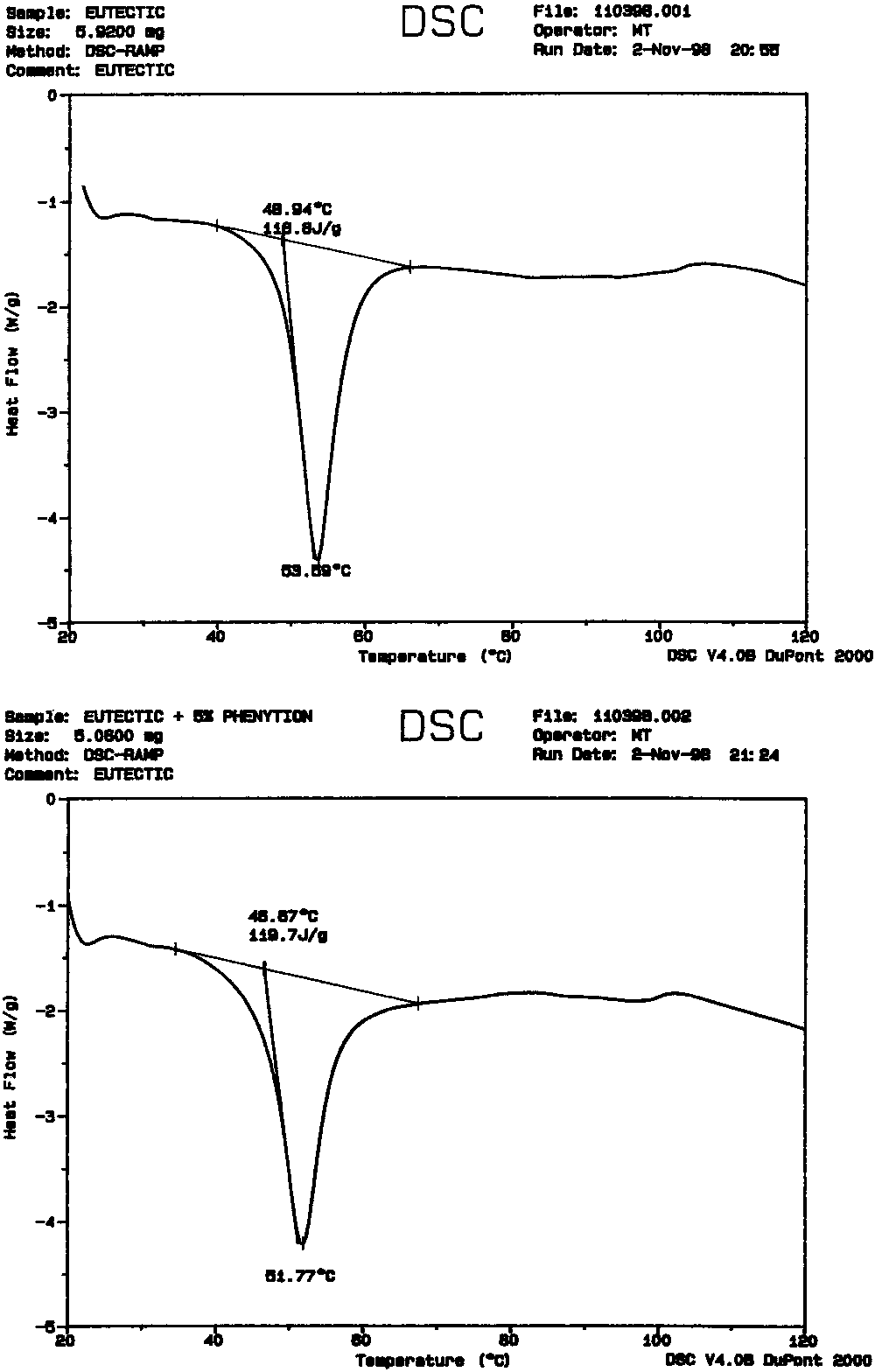 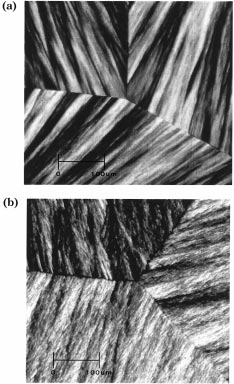 Figure 5s(a) DSC scan of the eutectic. (b) DSC scan of the eutectic + 5%
phenytoin.
Figure 6s(a) Eutectic viewed with polarized light after crystallization between
a glass slide and coverslip. (b) Eutectic with 5% phenytoin.
solid. Both properties may be due to the anhydrous formbeing incompletely frozen at room temperature. The physi- cal properties of the hydrous eutectic also return with the 2 was first identified as a natural constitu- ent of biological systems in 1934 when Pfiffner and Vars addition of water to the anhydrous melt.
isolated it from beef adrenals.9 It was later isolated from Thermogravimetric analysis indicated that the cakes beef blood and milk, and it has been indicated that human produced in this study contained less than 1% residual intake from these sources may be as high as a few solvent. Although human toxicity data are scarce, the milligrams daily.8 The latter figure is consistent with available data suggest that trace amounts of the solvents Williams et al.’s finding of 4-11 mg of DMSO which may remain in the freeze-dried products are well samples of human urine10 and a reported circulating blood below harmful levels. Borody6 found that plasma concen- concentration of 0.2-0.5 ppm in the adult male.11 trations of chlorobutanol as high as 100 µg/mL produced sluggishness and slowed speech, but did not produce liver 2 has recently been tested for efficacy in the treatment of interstitial cystitis11 without findings of any disease or abnormal electrolyte levels. Others have reported adverse effects. Bertken8 also reported that a man who adverse reactions to high doses such as cardiovascular effects following the intravenous administration of heparin suffered no ill effects. The only (related) report of toxicity preserved with chlorobutanol, neurological effects following that was found in the literature, other than the detrimental the administration of large doses of morphine with the preservative, and hypersensitivity reactions.2 However, chlorobutanol is currently used in the U.S. as a parenteral However, as indicated by the authors of that paper, there preservative in concentrations of up to 0.5% in injectable is no established precedent for the direct conversion of (e.g., methadone, epinephrine, oxytocin, thiamine), opthalm- ic (e.g., pilocarpine, epinephrine, phospholine iodide), otic (e.g., Cresylate, Cerumenex), and cosmetic products. It isalso the active ingredient in a nonprescription sleep aid Conclusion
(Seducaps: chlorobutanol 150 mg, salicylamide 300 mg)that is available in several countries outside of the United The chlorobutanol hemihydrate-dimethyl sulfone (DM- States.2,7 The lethal dose of chlorobutanol is estimated to SO2) eutectic was determined to be a suitable medium for lyophilizing drugs that are poorly water soluble and/or Dimethyl sulfone is an oxidation product of dimethyl highly water sensitive. The eutectic is formed at a 60:40 sulfoxide (DMSO) and is its major metabolite in all species mole ratio (75:25 weight ratio) and has a melting point of Journal of Pharmaceutical Sciences / 505
50 °C. Lyophilization can be accomplished without refrig- Approach: Solubility of Caffeine in Dioxane-Water Mix- eration, and thus, without conventional freeze-drying tures. J. Pharm. Sci. 1980, 69, 659-661.
5. Fedors, R. F. A Method for Estimating Both the Solubility equipment, because the melting point is above room Parameters and Molar Volumes of Liquids. Polym. Eng. Sci. temperature. The solvents are rapidly and thoroughly 1974, 14, 147-154.
removed under vacuum with moderate heating. Two drying 6. Borody, T.; Chinwah, P. M.; Graham, G. G.; Wade, D. N.; stages were used in the current study, both at a pressure Williams, K. N. Chlorobutanol Toxicity and Dependence.
Med. J. Australia. 1979, 7, 288.
of 0.3 mmHg. The first stage was at 40 °C to primarily 7. Nordt, S. P. Chlorobutanol Toxicity. Ann. Pharmacother.
remove the chlorobutanol hemihydrate, and the second was 1996, 30, 1179-1180.
at 60 °C to remove the bulk of the DMSO2. Each drying 8. Bertken, R. “Crystalline DMSO”: DMSO2. Arthritis Rheum.
stage required approximately 6.5 h using standard 10 mL 1983, 26, 693-4.
freeze-drying vials and solvent volumes of ∼5 mL. The 9. Pfiffner, J. J.; Vars, H. M. Extraction Studies on Adrenal Cortical Hormone; Disrtibution Studies. J. Biol. Chem. 1934,
cakes produced from the eutectic contain <1% residual solvent and are rapidly reconstituted. Trace amounts of 10. Williams, K. I. H.; Burstein, S. H.; Layne, D. S. Dimethyl residual solvent are below harmful levels.
Sulfone: Isolation forom Human Urine. Arch. Biochem.
Biophys. 1966, 113, 251-252.
11. Childs, S. J. Dimethyl Sulfone (DMSO2) in the Treatment of Interstitial Cystitis. Urol. Clin. North Am. 1994, 21, 85-88.
References and Notes
12. Goldstein, P.; Magnano, l.; Rojo, J. Effects of Dimethyl Sulfone (DMSO2) on Early Gametogenesis in Caenorhabditis 1. Seager, H.; Taskis, C. B.; Syrop, M.; Lee, T. J. Structure of Elegans: Ultrastructural Aberrations and Loss of Synap- Products Prepared by Freeze-Drying Solutions Containing tonemal Complexes from Pachytene Nuclei. Reprod. Toxicol.
Organic Solvent. J. Parenter. Sci. Technol. 1985, 39, 161-
1992, 6, 149-159.
13. Grant, P. M.; Haas, J. S.; Whipple, R. E.; Andrensen, B. D.
2. The Handbook of Pharmaceutical Excipients; Wade, A., A Possible Chemical Explanation for the Events Associated Weller, P. J., Eds.; The Pharmaceutical Press: London, 1994.
with the Death of Gloria Ramirez at Riverside General 3. The Merck Index, 12th ed.; Budavari, S., Ed.; Merck Research Hospital. Forensic Sci. Int. 1997, 87, 219-237.
Laboratories: Whitehouse Station, NJ, 1996.
4. Adjei, A.; Newburger, J.; Martin, A. Extended Hildebrand 506 / Journal of Pharmaceutical Sciences

Basic numerical skills: FRACTIONS, DECIMALS, PROPORTIONS, RATIOS AND PERCENTAGES 1. Introduction (simple) This helpsheet is concerned with the ways that we express quantities that are not whole numbers, and how we express numbers in relation to other numbers. You may also need to refer to helpsheets on powers, measurements, and concentrations and dilutions. All of the topics that are