Exhibition Review Article
The Power of presence: the ‘Cradle to Grave’ installation at the
British Museum
Camilla Mordhorst*Museum of Copenhagen Abstract
The Living and Dying gallery opened at the British Museum five years ago.
Praised by critics, this award-winning exhibition is one of the most well attendedexhibitions at the Museum. A visit to the gallery makes it apparent that it is thecontemporary art installation, Cradle to Grave, that is particularly attractive to thevisitors. The aim of this article is to explore why this installation is so effective.
However, rather than evaluating visitor responses to the installation, this articleanalyses the fundamental premises that make it so successful. Using threedifferent theories of ‘proximity’, ‘presence’ and ‘flow of materials’ I therebyattempt a deeper understanding of the installation’s particular intensity. Thus,this article presents a type of exhibition analysis that tries to incorporate the‘meaning production’ potential of an exhibition, i.e., what an exhibition tells, alongwith the exhibition’s capability to produce ‘presence’ and ‘material grounding’,i.e., what it does.1 Key words: Cradle to Grave, materiality, presence, proximity, exhibition analysis.
In 2003, the British Museum opened the Living and Dying gallery, which explores the variousways in which people deal with life’s everyday challenges, achieve well being for themselvesand their communities, and come to terms with death. In huge glass display cases materialsfrom New Zealand, Ghana, the Solomon Islands, Mexico, and North America are on display.
Objects range from ancient sculptures and masks to modern artefacts whose function is to avertillness, danger and trouble. Centrally located in the gallery is the specially commissioned artinstallation, Cradle to Grave, created by the artist group Pharmacopoeia.2 In 2004 the gallery won the Museums and Heritage Show 2004 Award for Excellence for best permanent exhibition and five years later it still attracts the public’s attention. Mostrecently, The Guardian journalist Jonathan Jones, in his art-blog, praises the gallery butcriticizes Pharmacopaeia’s installation for drawing all the attention: ‘Eighty per cent of visitorsgive all their attention to the installation by Pharmacopaeia and ignore – or virtually ignore – themysterious objects in the other cases’ (Jones, July 24, 2009). To some extent this articleconcurs with Jones’s point of view, namely that the installation is indeed, powerful. However,instead of criticizing the art work for its dominant impact, this article tries to excavate the meansby which the installation achieves its impact with the public. By analyzing, at a more theoreticallevel, what is happening in the installation, it will be suggested that the installation’s effectivenesscan be seen in the encounter between what the installation tells and what it does. Or, put slightlydifferently, I argue that the installation works because it uses its materiality and presence tocreate an unusual encounter between normally distinctive categories, like time and space, mindand material, and meaning and presence. In investigating this aspect of the installation I am,of course, putting in question distinctions and dichotomies which are fundamental to westernmodes of thought (see e.g. Gumbrecht 2004: 21-49).
The challenge of the exhibition analysis
In the following pages the reasons for the effectiveness of the installation will be examined.
However, this is not an easy task. As with other types of material culture studies, any exhibition museum and society, Nov. 2009. 7(3) 194-205 2009, Camilla Mordhorst. ISSN 1479-8360 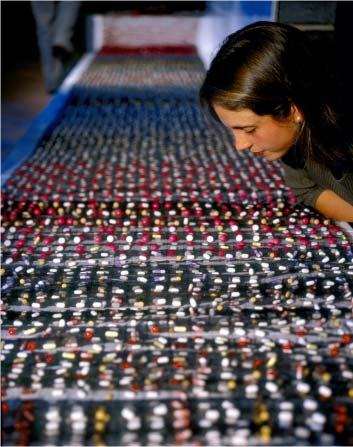 museum and society, 7(3)
analysis is in danger of either over-emphasizing the social and cultural construction of thephenomenon, i.e., its concrete appearance and materiality have a tendency to disappear fromthe analysis, or conversely the phenomenon’s material foundation and appearance is taken forgranted as part of an agenda that does not adequately take account of the social and culturalframing of the situation. The fact that the exhibition per se is both a place where signification‘is constructed, maintained, and occasionally deconstructed’, to quote Greenberg et al., but alsooperates through its tangible and physical appearance, renders a balanced analysis even morenecessary. Perhaps this is the reason why, despite numerous studies of ‘museum culture’ in itsbroadest sense, there is still a call for a theoretical language and methodology in exhibitionanalyses (see, e.g., Greenberg et al. 1996: 2).
However, some notable exceptions in this regard are worth mentioning. Using concepts such as ‘resonance’ and ‘wonder’ (Greenblatt 1991), ‘the visible’ and ‘the invisible’ (Pomian1994), ‘realism’ and ‘representation’ (Jordanova 1993) and ‘aesthetic interaction’ (Hein 2006),the exhibition’s hybrid constitution, falling between the material and the discursive, has beencaught and identified, methodologically and theoretically. The primary aim of this article, thus,is to contribute to this kind of methodological and theoretical development, i.e. to develop anexhibition language which includes the discursive aspects of an exhibition interpretation withoutexcluding those qualities of an exhibition which are ‘non-representational’, i.e. are connectedto the bodily and intellectual experiences related to the physical substances, the immediatesurroundings and being in a space. To take all that into account, however, it is necessary tointroduce other concepts and theories from related fields. This, it is hoped, will expand our waysof understanding and analyzing the exhibition as a cultural phenomenon in general and comecloser to uncovering what it is, specifically, that is at stake in the installation Cradle to Grave andwhere in its effectiveness resides.
The installation
The Living and Dying gallery displays howdifferent cultures throughout the world seekto maintain health and well-being. A ravenhead from a totem pole, a thousand-year-old giant stone sculpture of a human figurefrom Easter Island and contemporaryMexican papier-mâché sculpturesrepresenting the four elements of the BiblicalApocalypse in skeletal form are seen amongother ethnographic highlights and witnessesabout peoples’ approaches to avertingillness, danger and trouble. Huge glasscases on the floor and along the wallsexhibit a variety of exquisite historical andethnographic objects. In the middle of theexhibition is the installation Cradle to Grave,from 2003 [fig. 1]. The installation consistsof a long, low glass case, in which can beseen a life’s supply of prescribed drugssewn into two lengths of textile, rolled outas a fictional biographical life course of anaverage man and woman. Each lengthcontains over 14,000 pills, tablets, lozenges Fig.1. 28,000 pills in rows. The Cradle to
Grave installation by Pharmacopoeia (Susie number prescribed to every person in Britain Freeman, Liz Lee & David Critchley) 2003. during their lifetimes. On either side of the (Photo: the Trustees of the British Museum). net of pill rows, are objects and photos from various males’ and females’ lives, that representan ordinary man and woman’s health and illness. Among the objects can be seen ultrasound 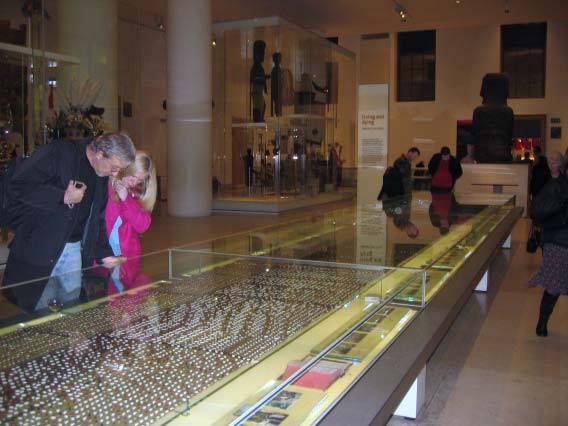 Technology & Management for Sustainable Building Conference 26-30 May 2003 ACHIEVING SUSTAINABILITY WITH A NATURAL BUILDING APPROACH While there are numerous ways of achieving some degree of sustainability within any building project, finding holistically sustainable solutions can be more elusive. This paper will take an introspective look at some of the projects undertaken over the past

MORGAN HILL UNIFIED SCHOOL DISTRICT SCIENCE STANDARDS FOR GRADE TWO (Board Adopted March 2001) [Bold print are the essential standards. ] STUDENTS WHO MEET THIS STANDARD WILL: *Italics indicate district standards exceed state standards Physical Sciences 1. The motion of objects can be observed and measured. As a basis for understanding this concept, students know: a.