DISEASE DETECTIVES TEST
Questions 1-9: Choose the best definition for the word provided by the question. For questions 1 and 2, use the same set of answers. 1. Epidemic a. when a disease kills a patient b. when a disease mutates so that the onset of disease is faster c. when a disease is present at either a higher rate in the population, or is more dangerous, or both d. when a disease spreads to more than one population 3. Morbidity a. any departure from a state of perfect health b. death c. the phase of a disease where the pathogen is not detectable through symptoms or signs d. the property that some pathogens have that they can only breed in a host that has already died For questions 4-6, use the same set of answers. 4. Vector a. a surface that a pathogen can survive on and then infect another host b. an organism that carries a pathogen to a new host but does not develop the disease itself c. the geographic path a disease takes as it spreads to new populations d. a causative agent of a disease 7. Which of the following is NOT an agent of a health event? a. car crash b. rabid dog c. cold virus d. Mycobacterium tuberculosis 8. Zoonosis a. a disease that causes its victims to adapt „animal-like‟ behavior b. when an animal is infected by a human disease c. when a human is infected by an animal disease d. another word for “vector” 9. Virus a. a cellular organism that invades host cells b. a cellular organism that is incapable of invading host cells but still causes disease c. a disease-causing particle with no nucleus d. both a and c 10. Which of the following can be found in viruses? I. Protein coat II. DNA III. Mitochondria a. II and III b. I and II c. I, II, and III d. III only 11. Which of the following is not one of epidemiology's triads? a. virus-bacteria-fungus b. person-place-time c. agent-host-environment 12. Which of these characteristics should NOT be considered part of „person‟ in the person-place-time triad? a. date of birth b. diet c. sex d. time of onset of illness 13. The best way to deal with food-borne illness is cook, separate, chill, clean, and a. reduce b. reuse c. report d. refry 14. Which of the following is an example of cross-contamination? a. Jane infects John by sneezing on him b. George‟s raw chicken drips onto his fruit salad inside the fridge. George later gets a salmonella infection from the fruit salad. c. A virus infects a bacterial cell, providing it with a new gene that makes the bacteria even more dangerous d. A disease affecting one population and another disease affecting another population suddenly and inexplicably switch populations 15. In the example in 14. b., how could George have stopped himself from getting sick? a. induce vomiting b. separate the chicken and fruit salad in the fridge c. cook the chicken before eating it d. stand on his head and do the hokey-pokey Questions 16 through 23 will test your knowledge of the epidemiologic process. 16. Which of the following is an important part of the first step of the epidemiologic process? a. examining pre-existing medical statistics for the area to establish the existence of an outbreak b. making sure all diagnoses are not due to lab error c. gathering supplies and researching the disease appliclable to the investigation d. creating a case definition 17. An outbreak could be reported incorrectly if a. data collection methods suddenly improve b. more people are getting sick c. the causative organism is not immediately identified d. all the cases are almost exactly the same 18. A case definition could include all the elements except: a. clinical information b. name c. location d. sequence of disease development 19. Which of the following would be a good sample for a cross-sectional study? a. mailing a brief health questionnaire to a random sample of houses b. splitting a sample of volunteers into a test group and control group c. examining a group that is initially healthy to see changes in their disease status over time 20. A hypothesis for the cause of a disease must include a. an agent, host, and environment b. a time, place, and person c. an assumption based on previous knowledge 21. Select the choices that lists all the true statements out of the following: I. Observational studies work backward from an effect to a suspected cause II. Cohort studies work forward from the cause to the effect III. Cohort studies can be performed retrospectively or prospectively a. I and II b. none c. II and III d. I, II, and III 22. As soon as the causative agent for an outbreak is identified, an epidemiologist should a. create a report b. begin to control and prevent the disease c. b, and then a d. a and then b 23. Which of these is an example of temporality? a. observations of an association between risk factors and the disease are found in more than one population b. the suspected cause occurs before the effect c. the suggested hypothesis is biologically plausible d. increasing risk responds with increasing exposure Use the following scenario in answering questions 24 and 25. Both questions use the same set of answers. Epiville has a population of 100 people. Before a party, only one person was infected with Cholera. After the party, another 50 had fallen ill. The cholera victim and one other family member where not in attendance at the party, which was later investigated as an outbreak of cholera. 24. What was the attack rate for the outbreak? 25. What was the prevalence of Cholera in Epiville after the outbreak? a. 1/100 b. 51/100 c. 50/100 d. 50/98 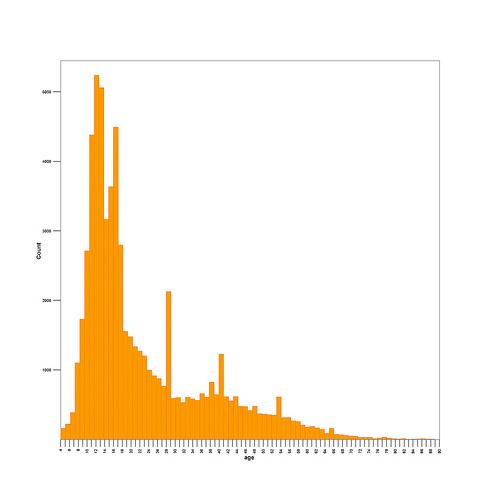 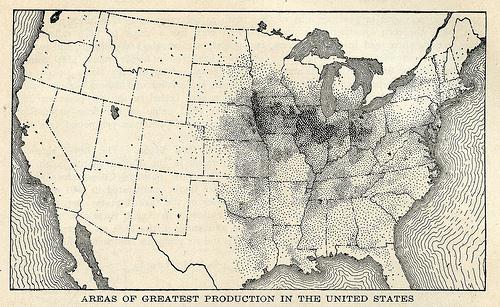 Matching section - pair the graph with its name. 29. A patient is diagnosed with a viral infection. Which of these treatments has the highest chance of being effective? a. Penicillin b. Doxycycline c. Tetracycline d. None of these will be effective 30. A cluster of cases a. occurs within a small geographic area b. occurs within roughly the same time period c. does not necessarily need to contain a number of cases greater than the expected amount d. a and b 31. One of the fundamental premises underlying the study of epidemiology is… a. disease, illness and ill health are randomly distributed in a population. b. disease, illness and ill health are not randomly distributed in a population. c. Disease, illness and ill health are only randomly distributed in large populations. d. Disease, illness and ill health are very rarely distributed in large populations. For questions 32-26, match the following characteristics to Time, Place, or Person: a. Time 32. date of disease onset 33. age 34. hometown 35. occupation 36. sex 37. The resistance of a population to an attack by a disease to which a large proportion of the members of the group are immune is referred to as… a. group resistance b.population immunogenesis c. herd immunity d. the Panum Effect 38. Which of the following is true about relative risk? I. Relative risk estimates the extent of the association between an exposure and a disease. II. A relative risk = 1.0 indicates that there is no association between exposure and disease. III. A relative risk >1.0 indicates a positive association or an increased risk. a. II and III b. I and III c. I and II d. I, II, and III e. I only 39. Which of these hypotheses has poor biological plausibility? a. The outbreak was likely caused by an organic toxin produced by a bacteria that was sealed in the can of tomatoes. b. Communities in poorer countries tend to suffer more from disease due to poor sanitation, impoverishment, etc. c. Wearing green hats increases the risk of malaria. d. Mosquitoes are the an effective vector for malaria because part of the parasite‟s life cycle is completed in the mosquito 40. The CDC is a. The Canadian Directory for Cancer b. The Centers for Disease Control and prevention c. Corn Disease Contraction d. Crusting Duodenum Condition 41. Etiology is a. the study of the physiologic cause of a disease b. the study of the cure of the disease c. the study of the disease‟s prevention d. the study of a disease presence in the environment Match the famous scientist to his achievement. 42. Hippocrates a. Used systematic study to end Cholera outbreak b. Developed theories that environments influenced disease c. Created a set of postulates to prove disease is linked to a cause 45. The difference between a disease that is endemic in a population versus a disease that is hyperendemic is: a. An endemic disease is found at a higher rate in the population than a hyperendemic disease b. A hyperendemic disease is always more dangerous c. endemic diseases are more difficult to diagnose d. an endemic disease is present at a constant low rate, a hyperendemic disease is constant at a constant high rate 46. Natality a. is the portion of infants who die shortly after birth b. is the portion of live births that occur outside of hospitals and develop complications c. is the total live births of a population during a specified period d. is the total dead births of a population during a specified period 47. The total population growth for a given period could be expressed as a. Natality + Mortality b. Mortality - Natality c. Natality - Mortality d. Natality x Mortality 48. Antibodies bind to proteins called a. DNA b. virions c. antigens d. antiheads 49. Which of the following is least likely to reproduce in the environment? (outside of host) a. bacteria b. fungi c. Virus d. worms 50. The Spanish Flu in 1918 and the Black Plague in the Middle Ages were examples of a. endemics b. vehicles c. epidemics d. pandemics DISEASE DETECTIVES ANSWER KEY
1. c
12. d 13. c 14. b 15. b 16. c 17. a 18. b 19. a 20. a 21. d 22. c 23. b 24. d 25. b 26. b 27. c 28. a 29. d 30. d 31. b 32. a 33. c 34. b 35. c 36. c 37. c 38. d 39. c

The Nation’s Health January 2014 Caffeine: Don’t let your pick-me-up drag you down By Natalie McGill at a cof ee house can contain 300 mil igrams ormore of caf eine, he says. And that’s on top ofor more of caf eine per day, but consumingthing in common to keep you coming back forconcerns such as heart issues, Meredith says. Other side ef ects can inclu

Chapter 10:Study Guide Concept Questions: 1. Which tissues comprise total body fat and which comprise fat- free mass? 2. Discuss conditions in which fat cells can increase in size and number. 3. Why is it necessary to have some body fat? 4. List three roles for subcutaneous fat. 5. What is visceral fat? 6. What is cellulite? 7. Describe at least two differences between brown fat tissues an