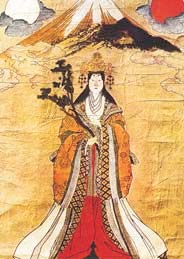 Fertility Awareness Methods Used
For Contraceptive Purposes
Wild Roots
Traditional Chinese Medicine and
Acupuncture Clinic
with Andrea Hansen
What are the Fertility Awareness Methods (FAM)?
FAM observes and tracks primary fertility signs in order to identify
your fertile and infertile times. These methods are used to help
achieve or avoid pregnancies as well as to have greater understanding
of our bodies and menstrual cycles.
We are going to use the Sympto-thermal method which tracks the
three primary fertility signs. It includes the teachings of a number of
other methods which may track one or two of the following signs.
Typical user failure rate Method failure rate
FAM 10 / 100 2 / 100
The Pill 5 0.5
IUD 2 1.5
(varies with type)
Withdrawal 19 4
Diaphragm 20 6
Male condom 14 3
The three main fertility signs

• Provides nourishment for the sperm to live up to 5 days • Carries sperm through the uterus and fallopian tubes to • Checking 2 times per day to establish quality of CF by wiping with fingers or tissue and observing quality and changes • Fertile cervical fluid is wet, slippery and clear often with an • Generally there will be 3-4 dry days post menstruation • Cervical fluids will then begin to increase becoming tacky and then slipperier, wetter and clear until the peak day which is when ovulation is imminent • Post ovulation it can take four days for the fluids to dry so you are not considered safe until the evening of the fourth day post peak CF • Factors that can affect cervical fluid are intercourse, BCP, clomiphene citrate (clomid), vaginal infections, anti histamines, cough syrups, swimming in a chlorinated pool 2. Basal body temperature

• The temperature taken upon first waking in the morning • Taken daily at almost the same time each day after 3 hours at least of not moving, talking, eating or drinking • Basal body thermometer is different from a fever thermometer in that it only measures up to 38 degrees and measures temperatures by one tenth of a degree picking up on minute changes occurring in the body • Fevers and illness, alcohol, heating blankets, travel, restless sleep, sleeping close to a child or adult, or waking earlier or later than usual can all affect the temperatures and should be noted • During the follicular / estrogenic phase temperatures will be • During the luteal or progestational phase temps will be • Ovulation will cause a ½ to 1 degree F or ¼ to ½ degree C 3. cervical positioning

• cervix will soften and rise under the influence of estrogen • when you are not fertile the cervix will lower, harden and the • changes in the cervix is used to collaborate other fertility • these changes are especially helpful when breastfeeding, coming off of the pill or are peri menopausal Other Fertility Signs
• increased sexual feelings or changes in vaginal sensations Key Points in using these methods for Contraception

• Goal is to determine when your fertile or infertile days are and • Must abstain or use a barrier method during unsafe days • Before ovulation you are safe on the evening of a dry day. • You are safe the first 5 days of he menstrual cycle if you had an obvious temperature shift and ovulation signs in the previous cycle • The first sign of mucus in the pre ovulatory phase will be a moist or sticky discharge with white or yellow color – it will separate easily, and at this time you are no longer safe • This CF will slowly increase over the next couple of days • Peak Day: egg white quality cervical fluid, stretchy, slippery, • You will then ovulate and one day later your temperature will • The cover line, which determines the if the temperatures are in fact showing tww distinct phases, is drawn at one tenth of a degree higher than the highest of the 6 low temps right before the temperature rise. • You are safe on the evening of your fourth consecutive day after • You are safe on the evening of the 3rd consecutive day after the
Things to know

• These are ways of discovering your most fertile times. This can be used to prevent a pregnancy or help to achieve one • Egg can live 12-24 hours after ovulation (48 is 2 are • Sperm can live 5 days in the vagina after ejaculation • The most fertile days for a woman are 3 days before and after ovulation (1/3 of your cycle). Must find clarity around ovulation before go any further? This means 5 days before and 3-4 days after ovulation are considered unsafe. Ovulation usually occurs between day 11 to 16 depending on your cycle length • Pregnancies are avoided by not having sex during the unsafe days or using a barrier method during these times • The more you know about your cycle, the better. The more • The average cycle is between 25 and 35 days • Day 1 of your cycle is the first day of bleeding (starting before • Menstruation occurs 12-14 days after ovulation. This means that a delayed cycle is actually due to a delay in ovulation. The arrival of your period can be predicted by the time of ovulation • 18 days of high temperatures means pregnancy Tracking Cycles looking for Patterns
• Subtract 18days from the shortest cycle recorded – first • Subtract 11 days from the longest cycle recorded –last fertile • This provides a range of days which you should consider