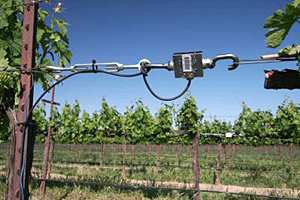 • Fermentative maceration is an important step in the production of red wines, during which phenolic and volatile
compounds are extracted from the grape solids, particularly from the skins. These compounds influence the
quality and typicality of red wines. Many maceration techniques have been studied with the goal of enhancing the
extraction of these compounds and producing wines with deep and stable colour, good tannic structure, and
smooth mouthfeel. Two recently proposed techniques for enhancing extraction have been investigated for
Barbera grapes. These are delayed extraction of anthocyanins (DE), and separation of the must (SM). The two
techniques aim to delay anthocyanin extraction, limit the dissolution of oxygen during the early days of
maceration, and, in particular with the second technique, reduce hydroxycinnamyl tartaric acids content in the
must. The two techniques were compared with a traditional winemaking technique, in which several pump-overs
in air were conducted starting from the first day of fermentation. At racking, the wines produced with these two
techniques had more colour and higher concentrations of anthocyanins (total and monomer) and total
polyphenols (total flavonoids, flavans reactive with vanillin, and proanthocyanidins) than the wines produced by
the traditional technique. These differences remained nearly stable after 7 months of aging. The greater extraction
of polyphenols was likely due to better conditions for the activity of the pectolytic enzymes naturally present in
grapes. The percentage increase in the extraction of anthocyanins was lower than the increase for polyphenols
and varied with vintage and with composition of grapes. The evolution of the colour was influenced by the extent
of the oxygen intake during fermentative maceration. www.ajevonline.org/cgi/content/abstract/60/3/379

• Accurate forecasts of grape yields are extremely important as they enable growers to create more efficient
timetables for grape-picking operations, and to move the highly perishable grape
crop from the vine to the winery efficiently. Such forecasts have typically relied on
expensive and labour-intensive hand-sampling methods. Now the Trellis Tension
Monitor (TTM) allows for real-time monitoring of plant growth and forecasting of
yields in trellised crops. TTM is an in-line strain gauge (right) which monitors weight
changes on trellised grapevines as the vine and grapes grow. The data recorded is
used to forecast crop yields. In 10 commercial vineyards over a 3-year period,
researchers found that TTM produced more accurate estimates of yield in most of the vineyards than did
traditional methods. http://hortsci.ashspublications.org/cgi/content/abstract/44/3/678

• Cyclic voltammetry (CV) is a potentiodynamic electrochemical measurement in which the working electrode
potential is ramped linearly versus time and then inverted, usually many times during a single experiment. The
current at the working electrode plotted against the applied voltage gives the cyclic voltammogram. CV has been
successfully used to determine the phenolic content of wines and to correlate the analytical response to the
antioxidant capacity of these wines. Now a link between perceived astringency in red wines and the CV responses
of those wines is described. The voltammetric current, mainly generated by the oxidation of flavan-3-ols and
malvidin, is significantly correlated to the perceived astringency (R = 0.68) for a set of 35 red wines. CV thus
compares favourably with established analytical methods (protein precipitation and liquid chromatography) in the
effort to correlate analytical response to red wine astringency. www.ajevonline.org/cgi/content/abstract/60/3/373

• The polyphenol, resveratrol, found in the skin of red grapes and as a constituent of red wine, may be a new
treatment for sickle cell disease. It is a life-long blood disorder caused by a mutation in the haemoglobin gene,
and in which abnormal haemoglobin causes red blood cells to sickle. Sickling decreases the cells' flexibility and
the abnormal shape impedes blood's passage through vessels and can cause excruciating pain and other
complications because of the blood's oxygen deficiency. Resveratrol has been found to induce production of fetal
haemoglobin, which decreases the sickling of red blood cells and reduces the painful vascular episodes
associated with the disease. Hydroxyurea, the only Food and Drug Administration-approved therapeutic drug for
sickle cell disease, also increases fetal haemoglobin, but researchers think that reseveratrol-based therapy might
be easier on patients. www.physorg.com/news175458089.html

• Eutypa dieback is caused by the fungi Eutypa lata and Eutypa leptoplaca which infect fresh pruning wounds when
there is adequate moisture on the vine, such as just after rain. Incidence is especially high in older vineyards
where large pruning wounds are made to alter the training system. Standard polymerase chain reaction (PCR)
assays that utilise species-specific primers for the detection of pathogens directly from woody tissue have had 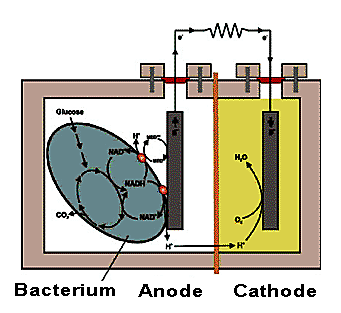 limited success due to the presence of phenolics, which are important PCR-inhibiting compounds. The presence
of related fungi further complicates the detection of the pathogens involved in the Eutypa disease complex. A
PCR-RFLP (restriction fragment length polymorphism) assay to detect E. lata and E. leptoplaca from infected
grapevine tissue was developed to overcome these problems. Specific primers were designed from DNA
sequence information generated from a molecular evaluation of the ITS (internal transcribed spacer, a section of
DNA located within a set of ribosomal genes), β-tubulin and large subunit regions of these pathogens. In a two-
step PCR assay, the products of the first-round amplification using universal primers were diluted and amplified
with the specific primers nested within the amplicon in a second-round of amplification. Two primer sets could
successfully identify E. lata from pure isolates and from inoculated grapevine material, while one primer set could
similarly identify E. leptoplaca. Specificity of the primers were tested against related isolates in the Diatrypaceae
family (of which Eutypa is a genus), while various DNA extraction methods were evaluated to improve the quality
of DNA obtained and thereby improve the sensitivity of the detection assay. The new method should be of value in
establishing Eutypa disease control programmes. www.sawislibrary.co.za/dbtextimages/SafodienS.pdf

• A research project has focussed on two major aspects of the improvement of wine yeast strains, namely the
secretion of enzymes that facilitate certain processing steps, and the control of flocculation. The yeast
Saccharomyces cerevisiae does not degrade the polysaccharides glucans and xylans efficiently, thus different
combinations of glucanase and xylanase gene cassettes were integrated into the genome of the wine yeast strain
VIN13, and the ability of these recombinant strains to utilise these carbon sources and their influence on the
clarification and processing steps during the winemaking process was studied. Wines were made with the
recombinant strains using Pinot Noir, Ruby Cabernet and Muscat d’Alexandria grapes. The fermentations showed
promising improvements in wine processing and colour extraction. Significant alterations in the higher alcohol,
acid and ester profiles of these wines were obtained. In the second part of the study it was noted that cell wall-
related phenotypes of yeast strains such as flocculation, adhesion or mannoprotein release can contribute
significantly to improvements in the processing of wine, in particular by helping to stabilise and clarify fermented
must and reduce filtration requirements. To analyse the control of flocculation, the pathways that regulate cellular
differentiation in response to nutrient availability were investigated. Several genes that are involved in the
regulation of gene expression in response to nutrient limitation were cloned. In some strains, the response to
nutrient limitation leads to flocculation, whereas in others, the response typically involves cell elongation, the
formation of pseudohyphae (strings of connected budding cells) and the invasion of agar-containing medium.
Many genes that are critical for these processes were identified. In order to assess the possibility of designing
yeast strains with a flocculation behaviour that is optimal for wine fermentations, stationary phase specific
promoters were fused to dominant flocculation genes. Numerous combinations of promoters and dominant
flocculation genes were constructed and assessed for their effect on yeast flocculation. The data showed that it is
possible to regulate flocculation. www.sawislibrary.co.za/dbtextimages/BauerFF3.pdf

Technological Developments
• Spinoff is a publication which features NASA-created technologies that have a direct benefit to the private sector.
The latest issue describes a commercially available air purifier that is in use in areas where food preservation is
important, including in wineries. The device was developed to remove the ethylene gas given off by plants that
hastens the undesirable ripening of fruits and the aging of flowers. The ethylene ‘scrubber’ draws air through
tubes coated with titanium dioxide. The tubes are exposed to ultraviolet light, causing a chemical reaction
whereby the ethylene is converted into trace amounts of water and carbon dioxide. The ethylene scrubber was
first launched aboard the Space Shuttle Columbia in 1995, and while in orbit the device was successfully used to
preserve a crop of potato seedlings. The commercial version, AiroCide, is claimed to completely destroy airborne
bacteria, mould, fungi, mycotoxins, viruses, volatile organic compounds and odours. It has no filters that need
changing and produces no harmful byproducts. www.sti.nasa.gov/tto/Spinoff2009/ pp80-81

• A microbial fuel cell (MFC) is a bio-electrochemical system that drives a current by mimicking bacterial
interactions found in nature. When more than 0.2 volts are added from an outside source, hydrogen gas is formed
in the system. The first demonstration of a renewable method for hydrogen production
from wastewater using such a system is underway at the Napa Wine Company. The
hydrogen generator takes in winery wastewater, and using bacteria and a small amount
of electrical energy, converts the organic material into hydrogen. The demonstration
plant is made up of 24 modules. Each module has six pairs of electrodes consisting of
one carbon anode and one stainless steel cathode, rather than an expensive electrode
coated with platinum. To make the stainless steel an more effective cathode, its surface
area was increased by arranging it in the shape of a bristle brush. The continuous flow
system can process 1 000 litres of wastewater a day. The winery was chosen for the project because it is a tourist
attraction, thus gaining significant public exposure for the technology. www.physorg.com/news173451507.html
Winetech Scan is available on the Winetech website www.winetech.co.za
To subscribe please email Gerard Martin: [email protected]