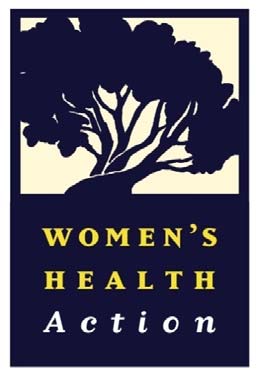 Feedback on:
Beliefs and Medical Practice
Women’s Health Action Trust PO Box 9947 Newmarket AUCKLAND Senior Policy Analyst and Researcher Medical Council of New Zealand [email protected] 8th May 2009 1 Introduction:
Thank you for the opportunity to provide our comments on this draft statement
on beliefs and medical practice. Women’s Health Action Trust is a public
interest evidence based consumer advocacy group concerned with women’s
health. We are a registered charitable trust governed by a Board of Trustees.
Since 1984 Women’s Health Action has been at the forefront of women’s
health in New Zealand. Founded by health activist Sandra Coney, the group
came to national prominence when it broke the story of “the Unfortunate
Experiment” at National Women’s Hospital in Auckland. Women’s Health
Action has a long established interest and involvement in matters relating to
patient/consumer rights, ethical issues and the ethics review process. We
have played a leading role in helping to establish cervical screening, and
lobbied to see the appointment of a Health & Disability Commissioner.
2 General
Comments:
Women’s Health Action strongly supports the need for this statement to provide guidance for doctors when their own or their patient’s personal beliefs are in conflict with the requirements of clinical practice. Too often the victims of poorly managed conflicts between doctor’s personal beliefs and clinical practice are women- sexual and reproductive health care being the most potent site of social and cultural contestation. 2.1 Women can find it difficult to discuss sexual and reproductive health issues with doctors in the best of circumstances and research has demonstrated how embarrassing, humiliating and traumatic it can be for women to be confronted by a doctor’s refusal to provide advice or care on the basis of their personal beliefs, especially when they have little choice of health care providers. This has the potential to have a dangerous long term impact on women’s health if women become reluctant to discuss sexual and reproductive health issues with doctors out of fear of being judged or humiliated. The United States National Women’s Law Center articulates the gendered nature of this issue: Reproductive health is seen as something other than regular health care- not a straightforward matter of treating and healing, but something laden with morality- and if you treat it that way, it becomes something providers can say yes or no to. Men for the most part, escape such scrutiny: it’s pretty hard to imagine someone being made to feel he’s going straight to hell for choosing to take Viagra or get a vasectomy. And if women come to fear their doctors’ judgements, a new set of problems can develop. Then you have women who don’t communicate with their doctors or avoid getting care. Anyway you look at it, it’s dangerous for women. More worryingly, research has found that patients who have been denied
treatment on the basis of their doctor’s personal beliefs rarely complain
because the situation tends to feel so personally humiliating and there are
many patients who will not know that they have been denied treatment
because they will not know what was available to them. We would like the
gendered implications of doctor’s refusal to provide care on the basis of
personal beliefs and the potential impact on women’s health directly
noted in this statement. In deciding to refuse to provide reproductive health
care on the basis of their personal beliefs, doctors should consider the heavy
burden this places on women and need to understand how this may place
their female patients at risk by contributing to a culture of reluctance to
discuss sexual and reproductive issues.
2.2
We do not object to doctors practising within the boundaries of their personal
beliefs. However we emphasise that the circumstances where doctors’
personal beliefs may be challenged by patients’ requests are frequently ones
where the patient/health consumer may be quite vulnerable- for example
women who are seeking to terminate a pregnancy. The circumstances which
have led a woman to seek reproductive health services such as abortion are
unknown by the doctor and such requests should always be handled with
sensitivity and care regardless of the doctor’s personal beliefs. We would
like to see this statement on beliefs and medical practice emphasise the
need for doctors to be very mindful of the way that they communicate a
refusal to provide treatment on the basis of their personal beliefs to
ensure that health consumers do not feel judged. Doctors must take
every reasonable measure to reduce the patient/health consumers’
experience of shame or humiliation when they are refused treatment on
the basis of the doctor’s personal beliefs.

2.3
Where a doctor is unwilling to provide contraceptive advice/prescriptions,
emergency contraceptive advice/prescriptions, or abortion advice/referral we
agree that the doctor should advise patients of this in person and in printed
materials and should refer the patient/health consumer to another doctor
without delay. Ideally this will happen before the patient/health consumer
experiences the inconvenience of a consultation. Where the patient/health
consumer has made it as far as a consultation only to discover the
doctor will not provide the care they are seeking then we believe the
patient/health consumer must not be charged for this consultation. We
strongly suggest that this recommendation is included in the guidelines.
2.4
WHA is also very concerned that doctors do not try to dissuade women from
the use of abortion services, either overtly or by referring them to “pregnancy
crisis support programmes” that have anti-abortion agendas. WHA is
concerned about these programmes which operate as “support” or
“counselling” services but with the intention of dissuading women from
“choosing” an abortion. We understand that a number of GPs with personal
beliefs against abortion may be affiliated with these programmes. These
guidelines need to include a statement that GPs should only refer
women to other primary health care providers such as doctors/Family
Planning clinics and should not refer women to “pregnancy crisis
support programmes” or any other kind of service that is ideologically
driven. The doctor is in a powerful position at the point of referral and must
not use their role to direct patients/health consumers to services intended to
influence the woman’s decision making process.

2.5
Of particular concern to WHA is a situation where a doctor may refuse to
provide emergency contraceptive advice and prescriptions when a woman
seeks medical care following rape and sexual assault. Women seeking
medical care following rape and sexual assault are extremely vulnerable
health consumers/patients and should not be subjected to the personal beliefs
of the doctor who provides their care. We could like to see this statement
include a point that in crisis/emergency situations where timely referral may
not be possible or appropriate doctors must be willing to place their personal
beliefs aside and to provide the necessary care according to protocols.
3
Specific Comments
We have provided the following specific comments to assist the development
of the guidelines.

3.1
We would like to see the introduction of this document include a statement
about health consumer’s rights as legislated under the Code of Health and
Disability Consumer’s Rights. We believe this statement would benefit from a
greater emphasis on doctors legal requirements when their beliefs are in
conflict with their medical practice. The recommendations contained in this
document are not niceties they are legal requirements and are important for
the protection of health consumers and doctors alike.
3.2
Point 13 and point 28 should include the recommendation that the patient not
be charged for a consultation if the doctor cannot provide the service/referral
to the service they are seeking.
3.3
Point 14 should include a clear statement that it is inappropriate to refer
patients to ideologically driven “support services” to assist with patients’
decision making, if they are considering a procedure that is in conflict with the
doctors’ personal beliefs.

3.4
A new heading should be included following ‘making a referral’ addressing
doctors communication style when their personal beliefs are in conflict with
patients requests. This should emphasise the importance of the doctor’s
manner in reducing the impact on their patient when they need to refer a
patient to another provider, and include guidance on the need for doctors to
communicate this information in a non-judgemental, neutral and reassuring
manner.
4 Concluding
Statement
Thank you for the opportunity to provide comment on the draft statement on ‘Beliefs and medical practice’. We trust that our comments will be helpful in the development of this statement. Christy Parker Policy Analyst Women’s Health Action Trust