Transcriptional Regulation of Adipogenesis and Energy Homeostasis
Bruce SPIEGELMAN
Dana Farber Cancer Institute, Harvard Medical School, BOSTON - USA
The nuclear receptor PPARγ is the dominant regulator of fat cell differentiation
and development. Expression and agonist activation of PPARγ is sufficient for
adipose cell differentiation in most fibroblastic cells, and loss of function blocks
fat development. In addition to these roles in adipose formation, PPARγ is the
functioning receptor for the TZD anti-diabetic ligand drugs. These drugs, such as
rosiglitazone, are full agonists for PPARγ. In new work, we show that obesity
induced in mice by high-fat feeding activates the protein kinase cdk5 in adipose
tissues. This results in phosphorylation of PPARγ at serine 273. This modification
of PPARγ does not alter its adipogenic capacity, but leads to dysregulation of a
large number of genes whose expression is altered in obesity, including a
reduction in the expression of the insulin-sensitizing adipokine, adiponectin. The
phosphorylation of PPARγ by cdk5 is blocked by anti-diabetic PPARγ ligands, such
as rosiglitazone and MRL24. This inhibition works both in vivo and in vitro, and surprisingly, is completely independent of classical receptor transcriptional agonism. Similarly, inhibition of PPARγ phosphorylation in obese patients by rosiglitazone is very tightly associated with the anti-diabetic effects of this drug. These data strongly suggest that cdk5-mediated phosphorylation of PPARγ may be involved in the pathogenesis of insulin-resistance, and present an opportunity for development of an improved generation of anti-diabetic drugs through PPARγ. We have also been particularly interested in the transcriptional pathways control ing energy expenditure through regulation of mitochondrial function, using brown adipose cells as a rich source from which to “mine” molecules with broad roles in these processes. Most recently, 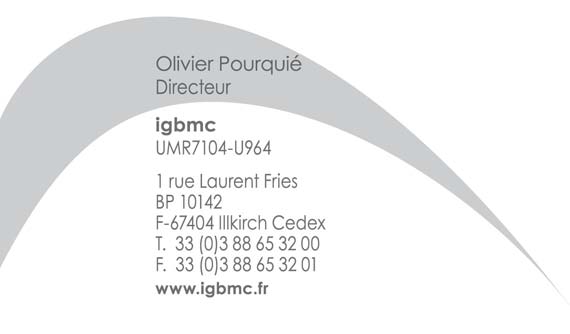 we have found that the large, nuclear zinc-finger protein PRDM16 is a “master” regulator of the determination of brown fat cell fate. This molecule can alter the differentiation pathway of fat cell precursors and hence, might represent a new pathway for the treatment of obesity. PRDM16 can alter the gene expression pattern of white fat precursor cells, so that they differentiate into brown fat cel s. Expression of sh-RNA against PRDM16 in immortalized brown fat cells shows that PRDM16 is required for essentially the entire brown fat program. Interestingly, when the same sh-RNA against PRDM16 is expressed in primary brown preadipose cells, these cells differentiate into muscle cells, strongly suggesting a relationship between brown fat and skeletal muscle. Fate mapping experiments indicate that skeletal muscle and brown adipose arise from myf-5-expressing cells, while white fat does not come from this lineage. Thus brown and white fat represent a cellular and biochemical convergence through expression and function of PPAR-γ but they arise from very different developmental pathways. The potential uses of the PRDM16 pathway in novel approaches to the therapy of human obesity wil be discussed.